Original Lineup of Trump Administration to Reunite for Coachella 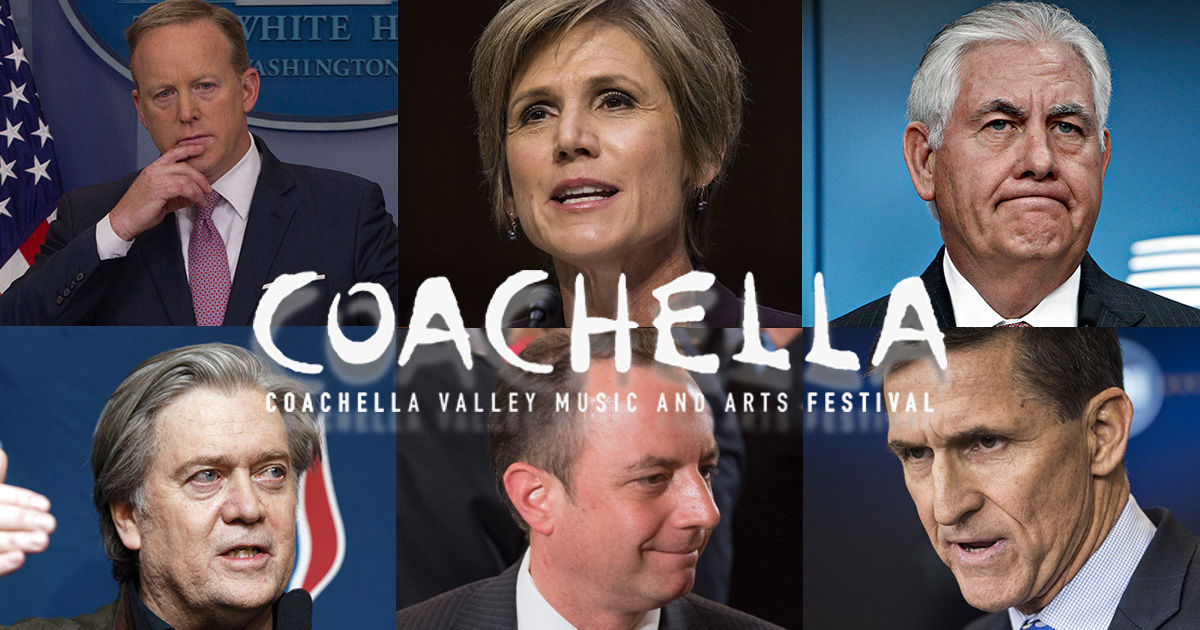 “It’s a bit last-minute, but we wanted to make sure we had all the pieces in place before we said anything,” said Goldenvoice representative Troy Watson. “[Former White House Chief of Staff] Reince Priebus came to us about getting the gang back together for one last policy discussion. We were skeptical — we knew how volatile their time together was — but he assured us he could get it done.”

“As is often the case with high-profile reunions, several bruised egos needed to be massaged for this to go,” said Priebus. “Some of us had left the group voluntarily… like former Economic Advisor Gary Cohn, who disagreed with Trump’s stance on steel tariffs. But others, like Rex Tillerson, were forced out. Ol’ Rexy will definitely fuck you up if you piss him off; we all remember when he called Trump a ‘moron.’ Getting him on board was tough.”

Former White House Press Secretary Sean Spicer was another hold out who ultimately came aboard.

“I was in, but then they went out and got [Anthony] Scaramucci, which really pissed me off,” said Spicer from his converted VW Bus. “That dude came in late and was a complete dickhead the entire time, but fans want to see the Mooch yell about ‘cock blocking’ and ‘sucking your own cock.’ I get that.”

Fans are largely enthusiastic about the reunion.

“Sure, the administration can still approximate that blend of ineptitude and corruption with a bunch of hired guns, but there was a certain magic in that original line-up,” said Rebecca Flemming, who plans to attend. “It’ll be great to see Mike Flynn again — this could be his last reunion before jail time.”

Steve Bannon, the remaining hold out, was reportedly able to get someone to cover his shift at the Marietta dog pound, where he donates eight hours each day euthanizing small dogs.