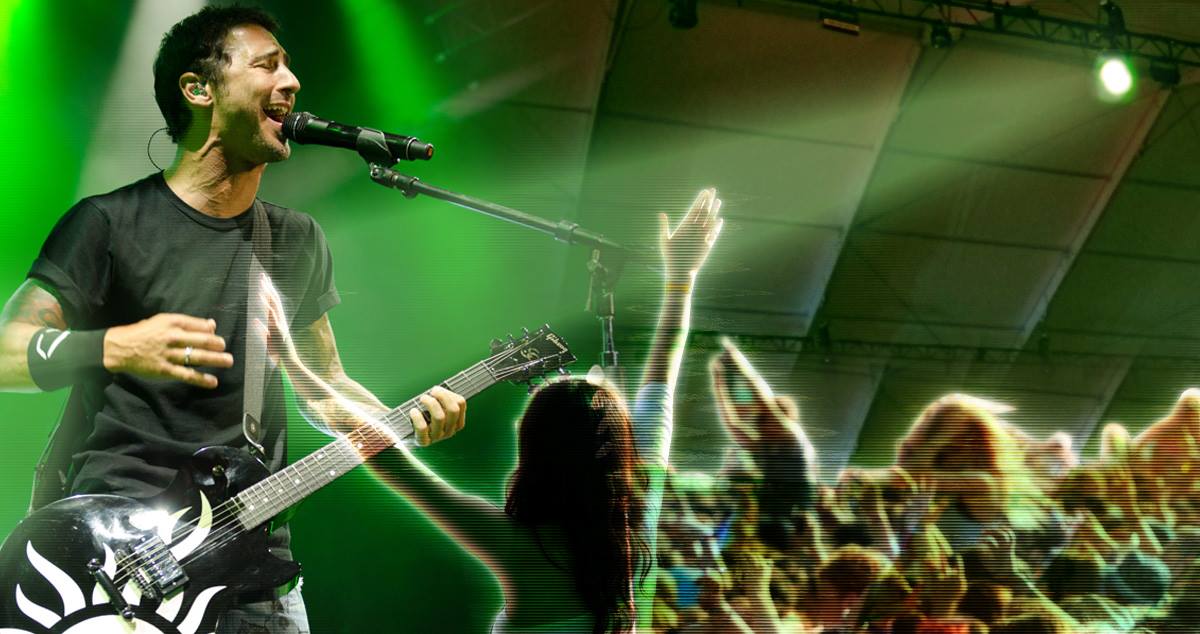 INDIO, Calif. – This year’s annual Coachella music festival will continue to push the envelope of innovative hologram technology by reuniting Godsmack with their long-departed fan base, according to a press release the festival’s operator GoldenVoice put out this morning.

“This experiment could greatly increase the Coachella revenue stream — if we can make it look like the crowd is packed for a totally irrelevant band, then we have a license to book whoever the fuck we want… and potentially raise ticket prices to Burning Man-level,” said Goldenvoice CEO Paul Tollett.

The engineers working for Republic Records, responsible for 2012’s hugely successful hologram performance of Tupac Shakur, claim their original plan was to animate Godsmack’s audience years ago, but “the tech just wasn’t there to animate the detail of that many chain wallets and ankh necklaces,” according to Republic Records engineer Smythe Duvall. “Thankfully, some exciting technological developments in the past year have made this a reality. We initially had trouble making the male fans’ facial hair look right, but once we figured out how to make line beards look accurate, we knew we had made it.”

“Oh, and wait until you see the really faded tribal tattoos — so lifelike,” added Duvall.

Godsmack’s audience famously left the band after a chain of events after the track ‘Awake’ encouraged them to join the Navy, inviting backlash as their fan base found the Navy’s uniforms to be “wicked lame Donald Duck shit.” Later that year, lead singer Sully Erna found himself embroiled in controversy when he angered chain wallet purists.

“I just can’t wait to see them again,” said Godsmack’s Sully Erna of the long-lost audience. “The band just hasn’t been the same since we lost them. Mad props to the engineers, who worked tirelessly to make this happen for us — a thousand magickal blessings to them. This is our first payday in years.”

“We’ll get through this. We need to do it with a band nobody in their right mind would pay to see,” Goldenvoice representative Lloyd Jeffers said. “I’m not even sure the holograms will work in the day time, but, I guess fingers crossed, ya know?”

When asked to comment, engineer Smythe Duvall clarified that “…the holograms will definitely not work in the day time. In that case, it will appear like most Godsmack concerts do — as a largely empty space.”