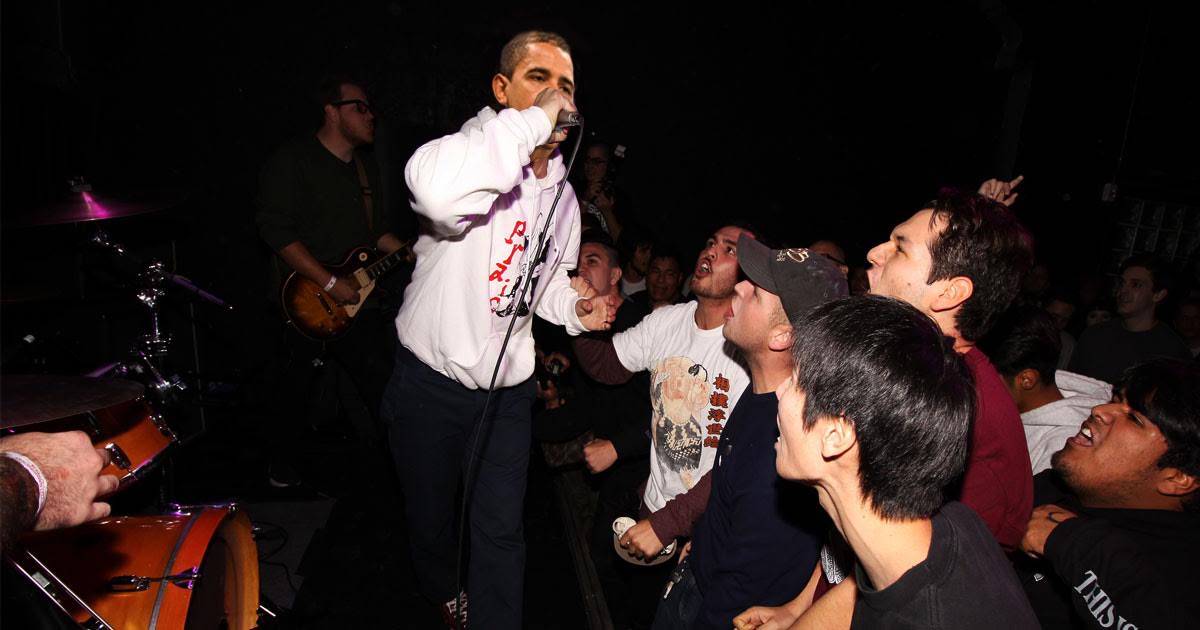 “This place has been a mainstay in the D.C. scene forever,” Carney said. “The last eight years have been nothing but epic, from the night Razor Dave puked on the carpet while wearing Martha Washington’s dress, to that time we all got together and passed the Transatlantic Partnership. We’re going all-out for this last show,” he added, lugging a cooler full of beer into the basement.

The quaint, 132-room squat has been the go-to venue for many D.C. up-and-comers, with seminal acts like Government Issue, Minor Threat, and Ronald Reagan gracing the hallways while breaking into the local scene. Since President Obama took over the lease, the property has been painstakingly redesigned to cater to a progressive mentality.

“When we first took over, we had to re-decorate everything,” said Rahm Emanuel, the Chief of Staff for Obama’s original lineup, reuniting for the sure-to-be-legendary bacchanal. “We installed decent speakers for the stage, a built-in keg for the fridge, an universal health care system… it sucks to see this place being taken over by these fascists.”

News of the monumental kegger spread quickly among left-leaning heads of state, with Canadian Prime Minister Justin Trudeau and Chancellor of Germany Angela Merkel both expected to be in the pit.

According to Obama, the tenants scheduled to move in “sometime in January” are undeserving of the historical pad.

“Of all the people to take over the lease, why does it have to be some old racist dude from New York? Isn’t that taking a step back?” Obama asked. “From what I know, he’s just another capitalist punk with a vendetta against the working class, even though he acts like he’s down for the cause.”

“Fuck it,” he added. “I’m keeping the sink, the shelves, and the Cabinet. Folks, we are fucking trashing this place.”