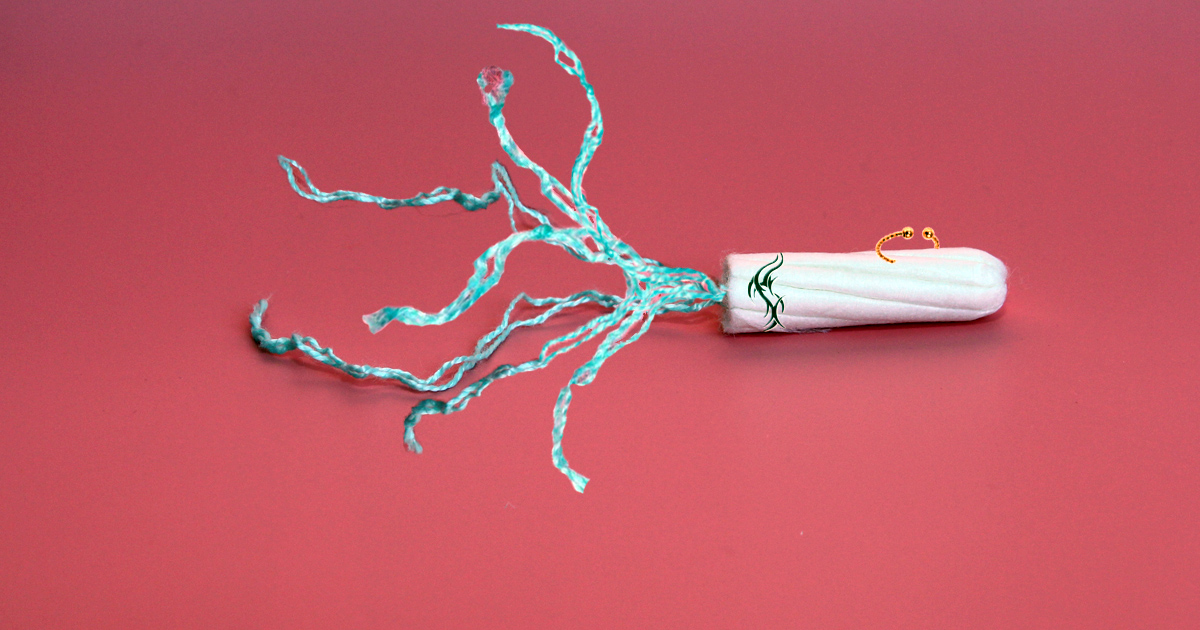 WINSTON-SALEM, N.C. — Feminine care brand Playtex and Ibanez Guitars held a joint press conference today to announce a collaboration for a new model of tampon, coming with seven strings instead of one to celebrate the legacy of nü-metal.

“The Puddle of Bludd Tampön goes harder, heavier, and deeper than the weak single-string tampons of generations prior,” Playtex lead product developer Hannah Whitley said. “This collaboration was inspired by playing my Ibanez seven-string RG guitar while on my period — I was right in the middle of Deftones’ ‘Change’ when inspiration suddenly struck, if you know what I’m saying, and here we are.”

“Playtex worried consumers would question the importance of adding six more strings to their products, not to mention the tribal tattoo design and complementary neon-green eyebrow ring,” recalled Saito. “But just like our guitars, there’s no valid scientific reason for using seven strings. That doesn’t mean they won’t be embraced by the nü-metal and djent communities: honestly, it kind of just looks cool, and that’s just fine.”

“Finally! A tampon for people like me who listen to real music,” said Chicago resident Ashley Medford, the President and only active member of Staind’s street team. “But if I’m being totally honest, I’ve only used them three times… and got toxic shock syndrome twice, and all the strings kept tangling in my pubes. So I’m not sure I’d really recommend them to anyone else.”

“We’re working on signature models for our seven-string tampons,” explained Whitley. “Our first signature release, inspired by Korn’s Jonathan Davis, will feature dreadlocks instead of strings.”

Competition is already ramping up, however. Shortly after the press conference, Kotex announced their own collaboration with JNCO Jeans to make a feminine pad four times wider than conceivably necessary.