None of the Reunited Misfits Recognize Drummer 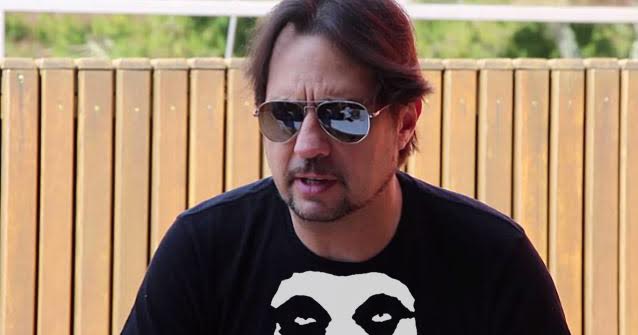 CHICAGO — With the reunited Misfits fresh off a successful debut at Riot Fest Denver, fans attending the upcoming Chicago date have expressed high hopes for the second performance by the original lineup, as Doyle, Jerry Only, and Glenn Danzig seemed to remember every riff and line from the good ol’ days like it was muscle memory.

Their only problem so far? None of the band members seem to recognize drummer Dave Lombardo.

First thought to be an internet rumor, the apparent truth is the Misfits just can’t remember who Dave Lombardo is. “Oh, I’ve introduced Dave to Jerry Only at least eight times now,” said Misfits roadie Mick Skiller. “At first it seemed normal, like, OK, he’s only been at rehearsal a few days. But yesterday, Dave asked Doyle if anything sounded off with his drumming, and Doyle just said, ‘Thanks, man. Great to be back together.’ And then he signed Dave’s jacket.”

The rest of the band could not recall any details about Lombardo during a radio interview with SiriusXM DJ Kelly Grind earlier this week. “Things were strange from the very start,” she said. “Doyle, Danzig, and Only introduced themselves, and when Dave spoke up, the rest of the Misfits introduced themselves to him. I swear they thought he was the co-host of my show.”

Grind did her best to keep the interview moving forward. “It was clear they weren’t comfortable,” she admitted. “When I tried to eat time by reading fan mail, the three of them huddled together, frequently peeking up to look at Dave, like worried animals.”

Ever the professional, Lombardo is taking this all in stride. “I’m a drummer, so this is nothing new to me,” he said. “I started wearing a nametag again around rehearsal. And I make sure to take polaroids with each of the band members and write “Dave (drums)” along with the date on them — sort of like what the guy from that movie Memento did to keep his life from falling apart. So, we’ll see how it goes. Chicago should be fun.”