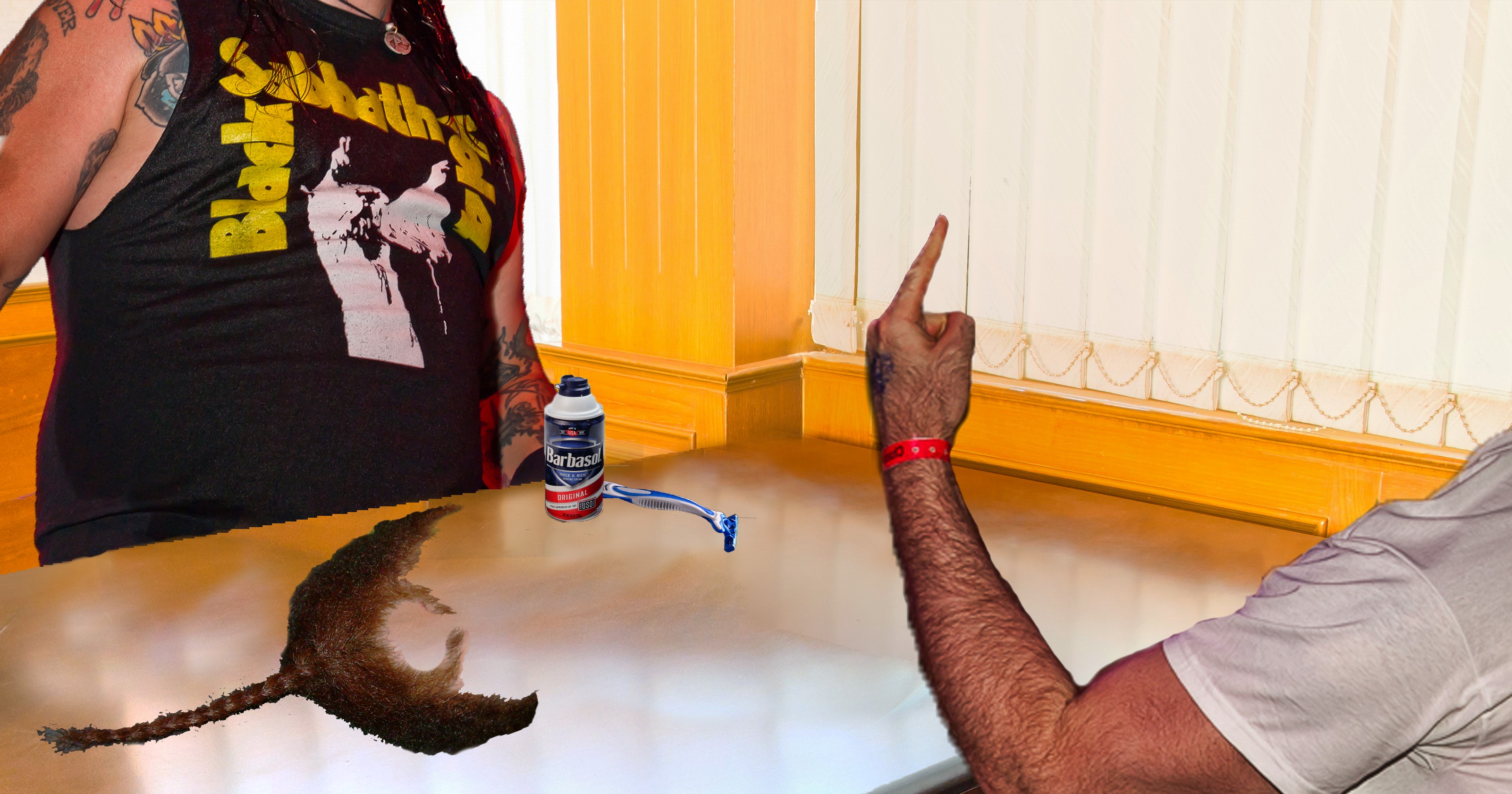 MINNEAPOLIS — A guitarist for local metal outfit Goat Theory was fired last week, forced to shave his beard and return it to the group before leaving in a final act of humiliation.

“I’m just glad my parents aren’t alive to witness this shame,” lamented newly-ousted guitarist Rich Bianco. “I thought I made tenure after my fourth braid… but it just goes to show how tenuous the music business is. I guess the band deemed me a risky bet after I started doing heroin on stage.”

Members of Goat Theory agreed to comment following the dismissal of their most recent axeman.

“Mr. Bianco did not meet the rigorous standards we at Goat Theory painstakingly carved, hewing to our mission statement over the many years we’ve labored as a band,” noted Goat Theory drummer Mikey Laubach. “Plus, he always kind of smelled like egg sandwiches and patchouli. It was off-putting.”

“We probably should’ve made him wash the beard before returning it,” agreed frontman Will Lister, “because this thing is filled with crumbs and small bugs.”

Goat Theory management agreed that the change was necessary.

“Bianco was a loose cannon,” explained Goat Theory manager Clive Barnitzki. “I’m no angel myself, but when you get ready for a gig by literally taking a bath in vodka, then drinking it all, you may have some personal issues to address.”

“This is beyond surreal!” exclaimed Akerfeldt. “I mean, Goat Theory! Hello?! I only have a soul patch at the moment, but the dudes assured me they’d allow me to grow my first braid after proving myself on stage. Hey, a guy can dream.”

This is just the latest in a string of major changes to the Minneapolis metal scene this week: yesterday, drummer Terry Maxwell of thrash metal mainstays Toxic Malevolence voluntarily surrendered his white Reebok hightops and cut-off jean shorts and is expected to pursue a full-time career in bartending.