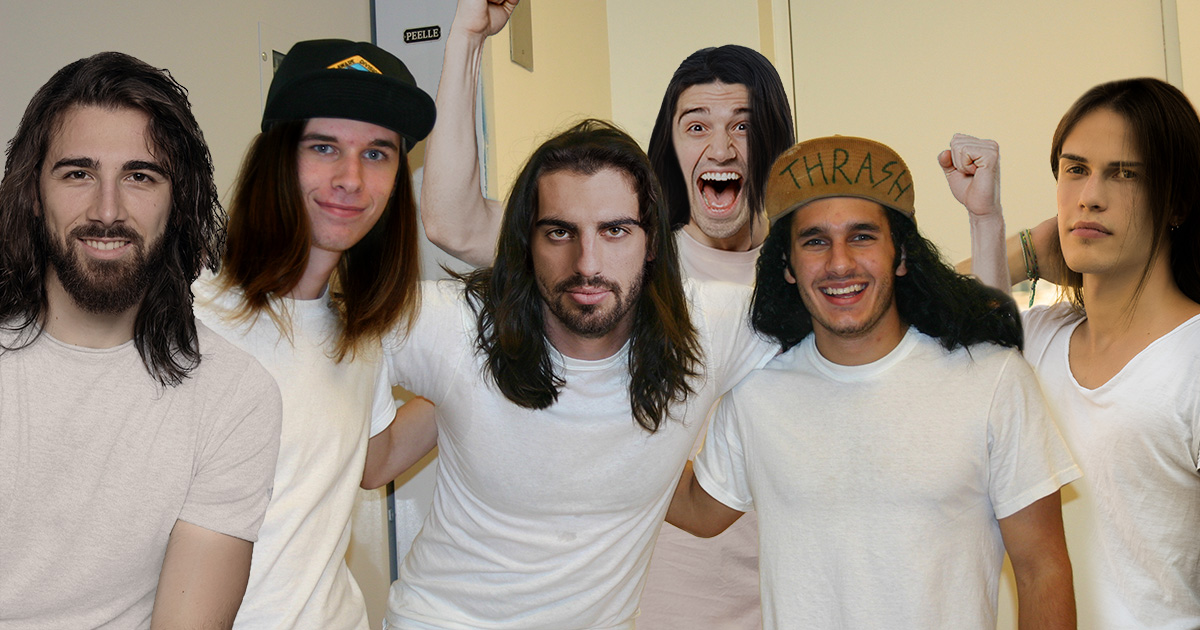 ANN ARBOR, Mich. — Representatives from HBO Max and the creative team behind Andrew W.K. announced plans to air a reunion special featuring all seven actors who have played Andrew W.K. over the past 20 years, during a press conference earlier today.

“It’s hard to overstate just how important this is for fans of the franchise. This will be the first time all seven actors will be in the same room together, ready to act like maniacs and break each other’s noses,” said HBO Max representative Julie Arroyo. “Bringing together this group of talented individuals who brought the Andrew W.K.-verse to life will be such a treat, but it hasn’t been easy. Iggy Powell, who played Andrew #3, left the spotlight to live in a monastery in Tibet, but he will be there and ready to get the party started. This is going to be a must-watch for both casual fans and those who have followed the entire arc of the character.”

The excitement was clearly shared by the actors who have played Andrew W.K. as well.

“I’m stoked to be a part of this event as the latest Andrew, but I’m also coming into this reunion as a lifelong fan. It’s going to be a party from front to back. I packed a few extra pairs of white jeans because I know things are going to get messy,” said current Andrew W.K. actor Orlando Abbott. “I get to meet all of the Andrews I grew up with: Olen Bond, Lionel Velazquez, Paul Giamatti, Domingo Key. These people are my idols!”

Despite the overwhelming excitement, the participants indicated that the event will also include some difficult conversations.

“Playing Andrew was such a rewarding professional experience, but also one of the most difficult times for me personally,” said Darla Osborn, the first and only woman to take on the role. “The amount of hate mail I got during that time from fans claiming that I ruined the character, that casting a woman was somehow ‘not canon,’ the death threats. It was awful and I’m not going to shy away from it.”

“Andrew is just too important of a character in modern American media,” Osborn added. “I refuse to let toxic fans ruin it by rejecting the doctrine of partying I preached through this role.”

HBO Max representatives promised a few surprises beyond the conversation between the actors. While fans suspect this might involve a segment where Kat Denning describes her polyamorous relationship with all seven actors, details will not be released prior to airing the reunion.