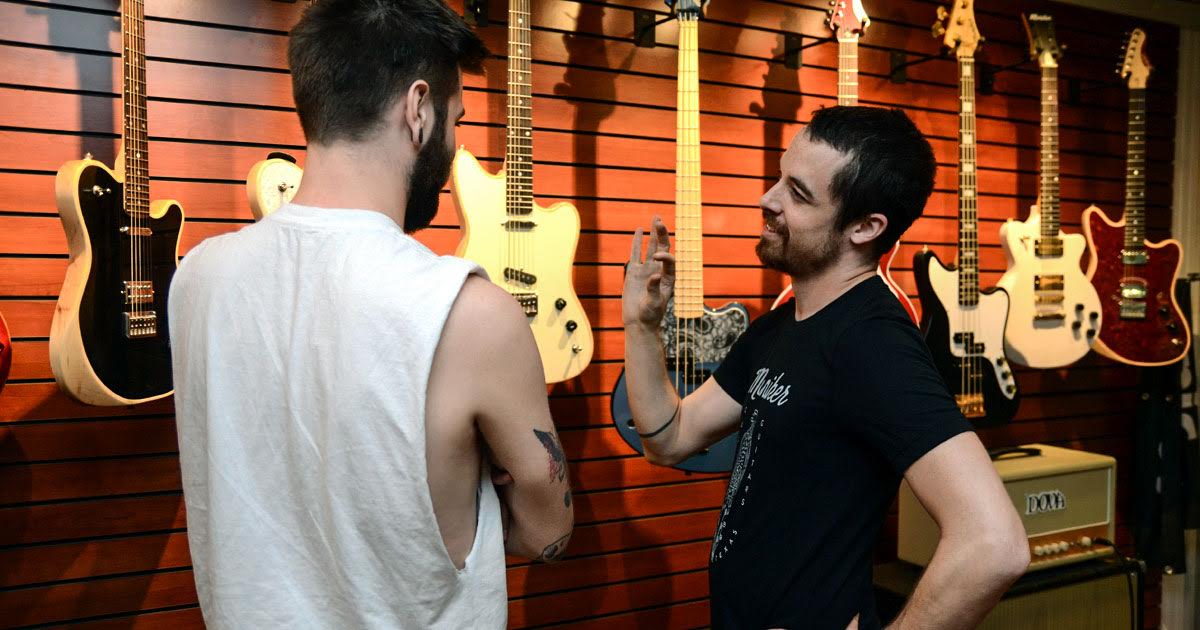 CLEVELAND — Local music store employee Sammy Howard takes every opportunity to inform customers that his band was “this fuckin’ close to making it huge,” according to multiple disinterested sources.

Witnesses allege Howard has jumped at the chance to tell his story to virtually anyone who walks in the store. Notable story highlights include the time they opened for Fall Out Boy at Warped Tour, recording an album produced by Steve Albini’s nephew, and being Myspace friends with the original drummer of Blink 182.

“We actually signed a deal with a major label, but they gave us no support whatsoever,” confirmed Howard, leaning casually behind the sales counter shortly after berating a customer confused about reverb and delay pedals. “It’s because we were too raw and real for the mainstream, man. All the label wanted from us was some radio-rock garbage, and we refused to let go of our integrity.”

Howard, who revealed the shortcomings of the entire music industry while demonstrating the pickup selector on a Squier Telecaster to a teenage boy, makes a point of intimidating customers he feels are inferior musicians by offering detailed accounts of his glory years.

“I guess they were kind of big locally maybe, like, 10 years ago or something. He brings it up pretty much every time I come to this store, though. It’s getting old,” said guitarist and frequent customer Amy Woodbridge. “I try to avoid coming in here when he’s working. If I have to hear one more time the story about the time he almost dated one of Tré Cool’s ex-girlfriends, I’m going to lose my mind. All I need is a pack of strings.”

Despite Howard’s insistence of his once-imminent fame and fortune, sources close to him have a different view on the matter.

“They didn’t open for Fall Out Boy. They played one of the side stages at Warped because another band dropped out. Is that what he’s telling people?” said Emily McDonald, Howard’s ex-girlfriend and former merch girl.

At the time of press, Howard was reportedly breaking down cardboard boxes while telling a customer he wrote the riff for “Gold on the Ceiling,” and those “talentless hacks, the Black Keys” stole it from him.