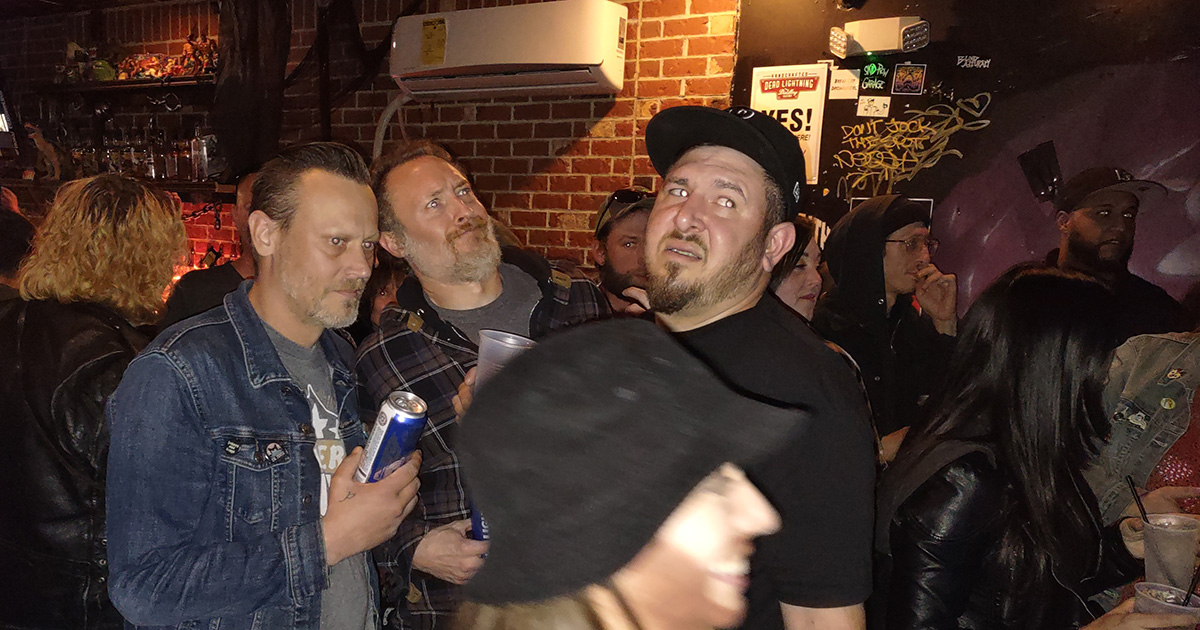 SALT LAKE CITY — Local motherfuckers expressed their displeasure with the lead singer of hardcore band Big Butter for repeatedly and maliciously singling them out for a perceived lack of enthusiasm during a recent show, sources still wearing the earplugs they brought from home confirmed.

“I can’t believe the audacity of that guy! I bet he can hear us just fine, the drama queen. We were clapping, we were mumbling along to the lyrics, one of us even let out a ‘woo’ at one point. If he could have seen how hard we were nodding our heads he would have left us alone,” remarked motherfucker Clifton Marsh. “I really don’t see why he was always picking on us in the back either. I noticed at least four people in the very front who were clearly unconscious and bleeding. I didn’t hear them making too much noise, you see.”

Big Butter frontman Rick “The Churn” Tobolowsky disagreed with motherfuckers’ perception that they were being unfairly targeted.

“I don’t know who the hell those motherfuckers think they are. I have never singled anyone out – you hear that over there?!” shouted Tobolowsky, apparently at a lone showgoer who was waiting to use the venue bathroom. “Besides, if I did, by accident, single anyone out it’s only because they’re a bunch of little pricks who are too afraid to mosh and didn’t woohoo loud enough when I asked if they were ‘ready for this next one.’ And look at that, it turns out, they weren’t.”

Longtime sound tech Rob Stohlert elaborated on how the design of the venue itself can affect motherfucker-singer communication.

“It’s actually by design that the acoustics from the back of the crowd can’t reach the stage. See, if we create a true dead space of enthusiasm in the crowd, it helps keep shows structured and fewer x factors floating around,” explained Stohlert. “Look, I’m unionized and I don’t wanna have to deal with a lot of bullshit. As long as the bands are dead focused on singling out those few motherfuckers, then they’re not gonna notice I never actually bothered to plug in the PA.”

At press time, several more motherfuckers came forward to question where exactly the dividing line for “the back” was so that they could get the hell outta there.