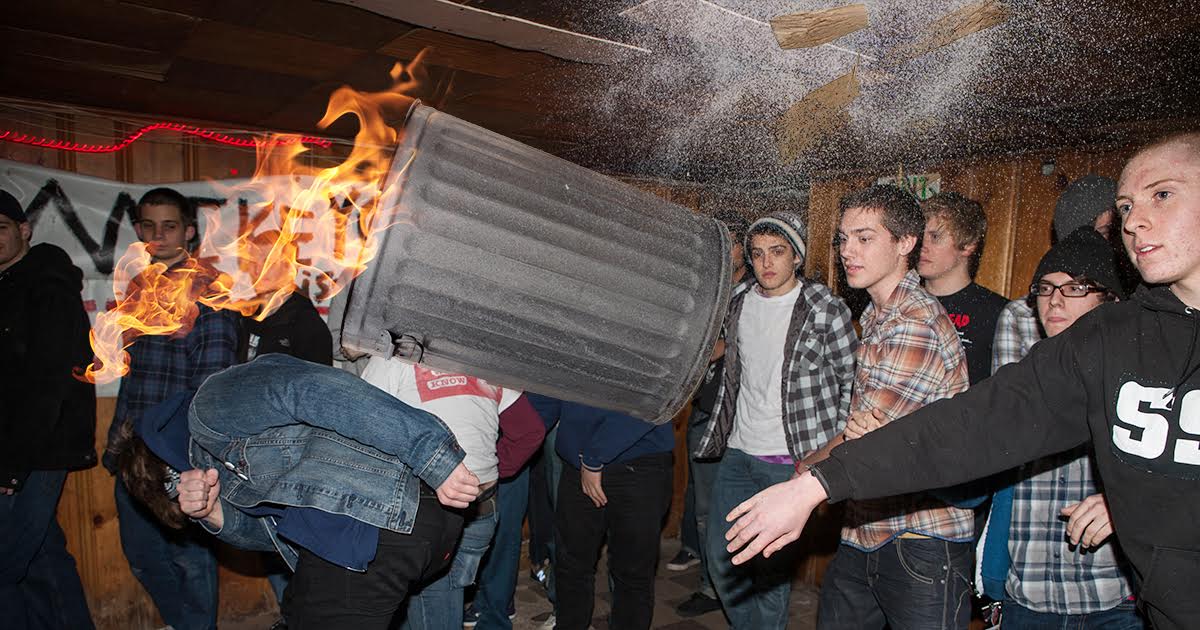 BELLINGHAM, Wash. — A show last night at the 16th Street punk house, known locally as the Rock Rez, raised nearly enough funds to cover damages sustained during the bands’ performances, according to residents.

Renters Kyle Worthington, Casey Langley, and Melanie Sutton were reportedly in disbelief this morning while counting the generous pile of single bills and loose cigarettes collected at the door, totaling $407 without counting IOUs. The sum has the trio much closer to paying the estimated $1,200 in various damages guests inflicted on the charming bungalow, owned by Langley’s ailing grandmother.

“This is what it’s all about. Complete strangers coming together to support bands they might not even know, just for the sake of keeping the scene strong. Last night really was a testament to the level of respect we have for not just our music, but each other,” said Sutton, stepping over the shattered remains of an antique vanity mirror. “Every band got paid, and we can support local small businesses when we get the drywall and plumbing repaired.”

According to everyone involved with booking and promotion, the destruction of irreplaceable family heirlooms was a small price to pay.

“What people don’t understand is that hardcore is so much more than just music — it’s a second family. The dudes from Brick Hammer even plan on staying with us for a few weeks,” said Langley, taking a break from vacuuming broken pieces of urn and her late grandfather from the shag carpet. “Hardcore is more than just material goods. If all this garbage was so important, why would they leave it on the same shelf everyone dove from?”

“I used to run shows out of my basement, but after the fifth water heater got destroyed, my landlord finally evicted me,” said local promoter Brian “Tin Can” Green. “I was lucky if anyone paid at all — I only did it to support my friends and their proclivity for punching holes in walls.”

Reeling from the success of the show, the housemates plan to organize another show to give thanks to the generous patrons and their newfound friends. An official date will be announced once Bellingham Fire Department officials deem the home safe for reentry.