Mom Not Sure if Son is Punk or Just Gross 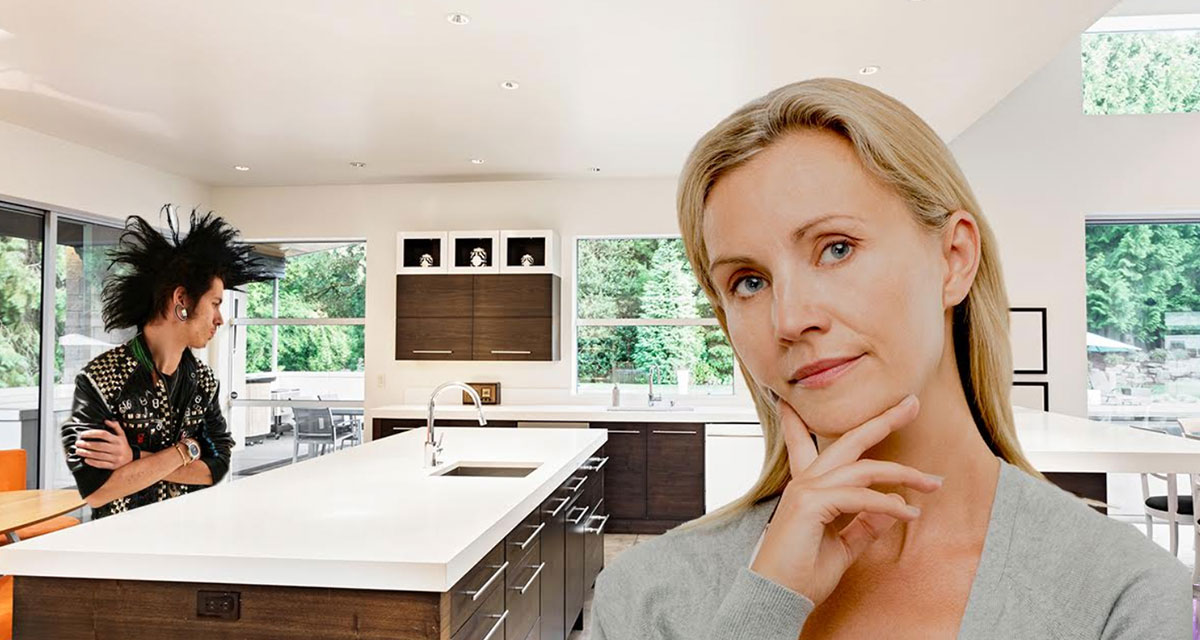 HARTFORD, Conn. — Linda Westchester set out on a mission recently to determine once and for all whether her only child is a “rebellious punk defying the status-quo,” or “just an unsightly slob consumed by apathy.”

Westchester’s concerns about her son Ben first emerged when the 17-year-old’s hygiene tumbled downhill quickly after purchasing a Subhumans shirt found at a local Goodwill.

The real red flag, according to an interview with Mrs. Westchester, was when he suddenly began spitting on the bamboo hardwood floors throughout her home. “I honestly don’t know if it’s an open defiance of authority or if he’s just being really gross. Either way, I am sure it’s on purpose,” said the perplexed mother.

Mrs. Westchester suspected her son’s noxious demeanor might be rooted in a deeper cause when she caught him watching “loud and angry music videos” on YouTube. “Suddenly, the military boot he was wearing on his left foot and the tattered Converse he wore on his right made more sense. It gave me hope that the offensiveness might not be gratuitous after all,” she said with a quiver of optimism, holding Ben’s sketch depicting former President Nixon being eaten by rats.

Fueled by a desire to find a proper label for her son, Mrs. Westchester began her quest for answers by consulting suspected members of the local punk scene, but, unfortunately for her, she only ended up with more questions.

“All I wanted was a definition of punk,” she said on her way home from the skatepark. “What is it? ‘Can you tell me if my son is a punk or not?’ That’s all I asked,” said the dedicated mother. She later recounted an incident with a self-proclaimed punk in which, after inquiring about his own definition of punk, he tore off a Union Jack patch sewn to his army jacket and slowly ate it in front of her. “After he swallowed the last scrap, he told me, ‘That’s punk, lady.’ Then gave me the finger.”

The exasperated matriarch refuses to give up and insists that she’ll keep looking for answers. Meanwhile, Ben continues to reduce the value of his suburban home with his terrible grooming habits and blatant destruction of property. When directly questioned about his behavior, the younger Westchester mumbled, “Punk is gross, and gross is punk. You wouldn’t get it.”