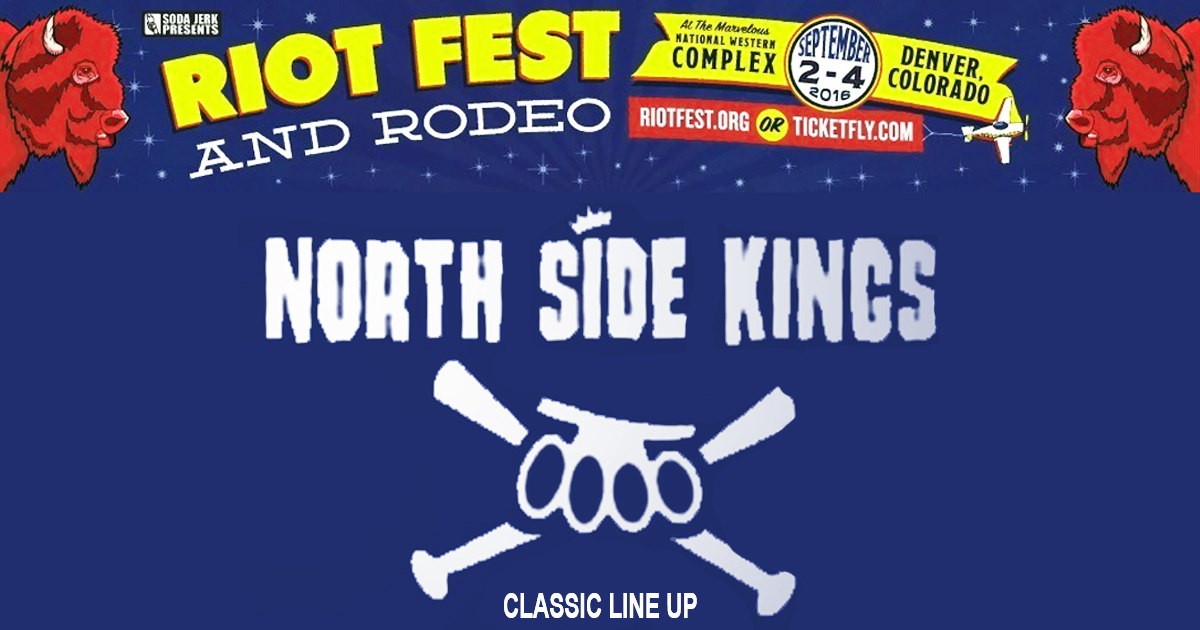 DENVER, CO – The Misfits canceled their scheduled appearances at Riot Fest’s Denver and Chicago dates without explanation today, according to a statement released by the music festival. Fans and critics took to social media to speculate about a possible connection between Riot Fest’s last minute addition of the notorious North Side Kings and the Misfits dropping off the show.

North Side Kings, a self-proclaimed “thug-core” band most known for a backstage run-in with Glenn Danzig in 2004, seems like a bizarre booking choice. But Danzig denies the two events are related.

“Again with this? We had to cancel the set because we couldn’t negotiate the photo stipulations of our contract,” said Glenn Danzig before sprinting to his car and speeding out of the parking lot.

The North Side Kings frontman Danny Marianino skyrocketed to the spotlight over a decade ago, after a backstage video of him knocking out Danzig went viral. Now, after a six-year hiatus caused by the band losing their equipment in a freak propane tank explosion, the North Side Kings are ready to return to the stage — and shared backstage area with Danzig — to play Riot Fest.

“Well, my book sales have tapered off and I haven’t seen Glenn in quite some time so I figured we had some catching up to do,” said Marianino, cracking his knuckles and smiling. “I asked if Glenn might be able to introduce us since it went so well last time.”

Danzig later sent Riot Fest organizers a statement clarifying his position. “The staff is refusing to accommodate several portions of our rider, including piping hot French onion soup. They also could not promise the temperature on stage would remain exactly at 76 degrees. I simply can’t risk getting a cold before Halloween. Therefore we cannot play, and this definitely has nothing to do with that other band or what he said he’d do to me if I ever showed my face around him or his friends again — I don’t even know why you brought that up.”

Riot Fest’s Facebook event pages are now flooded with angry comments from Danzig fans semi-coherently claiming that this is yet another ploy to defame their idol. “There is no way Glenn would run from a fight,” said long time fan Jared Walsh. “I heard he had to fly home to do some really spooky stuff. Bone stuff, dude. It’s not a gimmick man, he’s really into it. Spooky.”