They Might Be Giants Fandom Cautiously Broached with New, Cooler Friend Group 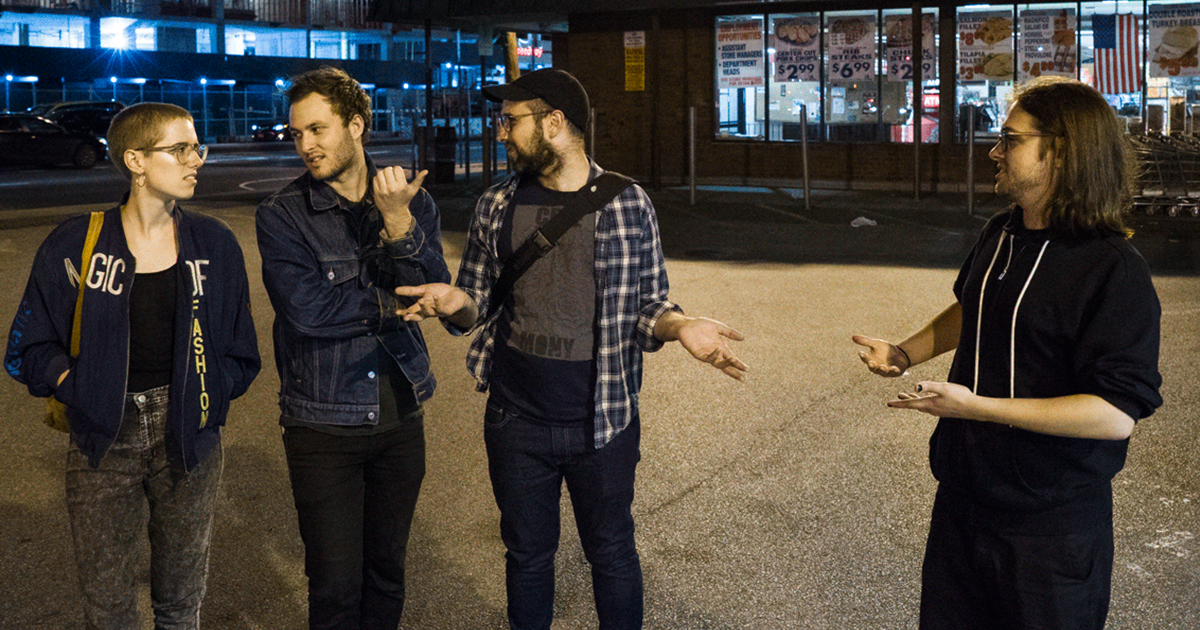 DENVER — University of Colorado freshman Gordon Brill attempted last week to reveal his affinity for the band They Might Be Giants to his new, cooler circle of friends, resulting in a painfully awkward silence, sources report.

“I thought maybe I’d found my ‘in’ when we started talking about David Byrne,” Brill said. “Talking Heads are kind of in the same universe as TMBG, right? Quirky and arty? Man, I’m lucky they misheard.”

Reports indicate that Dina Richards and Murph Ingalls, members of Brill’s new social group — by all accounts, a few notches cooler than the one he had at his old school — indeed did not make out what Brill said.

“I guess they only heard ‘Giants,’ and assumed I was talking about sports… something they for sure have no interest in,” Brill said, with a slight tinge of relief. “So I just told them my older brother is a douchey jock, but he’s not. My brother is actually really cool. These new friends would love him.”

Despite the setback, Brill believes it is just a matter of time before his tastes are outed.

“This shouldn’t be a problem! They’re a fine band who writes good songs,” said Brill, who had just resolved to wear his Mink Car tour T-shirt to school within the month. “I figure, if they question me about it, I can play dumb… maybe I’ll say I recognized the name from the Malcolm in the Middle credits and dove deeper. I can hear it now: ‘Hey, they’re actually pretty good! You should give ‘em a listen, Dina!’”

When reached for comment, TMBG’S John Linnell and John Flansburgh sympathized with Brill.

“Yeah, once middle school’s over, it’s anyone’s guess as to whether people are going to accept someone liking us,” Flansburgh said.

Brill, already looking ahead to his next attempt, announced plans to play “Birdhouse In Your Soul” at some point during the next drive to Fat Sully’s Pizza, with the song nestled safely between the Smiths and an early R.E.M track.