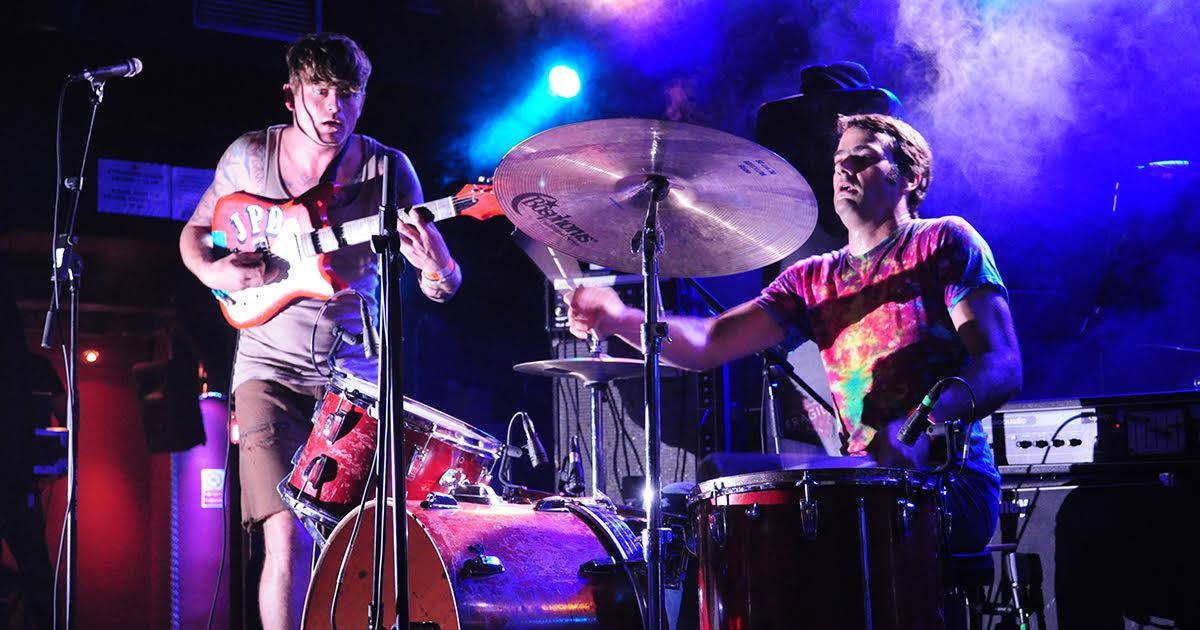 SAN FRANCISCO — Defying all logic and laws of time, an even newer album by garage stalwarts Thee Oh Sees was released weeks ahead of their highly anticipated new album, sources within the band confirmed.

“It just kind of happened. I can’t control it,” said Thee Oh Sees frontman John Dwyer in his spare seconds between trips to the recording studio. “I’ve learned to not fight the prolificness and just let things flow,” he continued, before counting to four and launching into yet another spanking new stomper, composed instantly.

The newest new album, A Few Oozes Explained, was released a full three weeks before the previously announced Tummy Trouble. “That’s a prequel LP to Tummy Trouble Too, which Castle Face Records is putting out a few hours after,” Dwyer chirped into a heavily distorted telephone mic. “Maybe sooner.”

Representatives at Castle Face declined to speak on Mr. Dwyer’s rampant releases, as they were hard at work patenting a machine that accelerates and decelerates the space/time continuum so the label can keep up with Thee Oh Sees output.

A follow-up space/time continuum accelerator is due out late fall, Dwyer assured. “Maybe sooner,” he added.

“Without the limitation of only 24 hours in a day, that machine should help me put a few more Damaged Bug records, the Coachwhips reunion 7”s I just decided to release as I was talking just now, and… what the hell, a new Beatles album! All before Christmas,” Dwyer said, putting the finishing touches on three different pieces of cover art at the same time. “I just hope the world has enough plastic and cardboard.”

UPDATE: Due to a factory pressing error, A Few Oozes Explained has been delayed, pushing it’s release date ahead to last week.