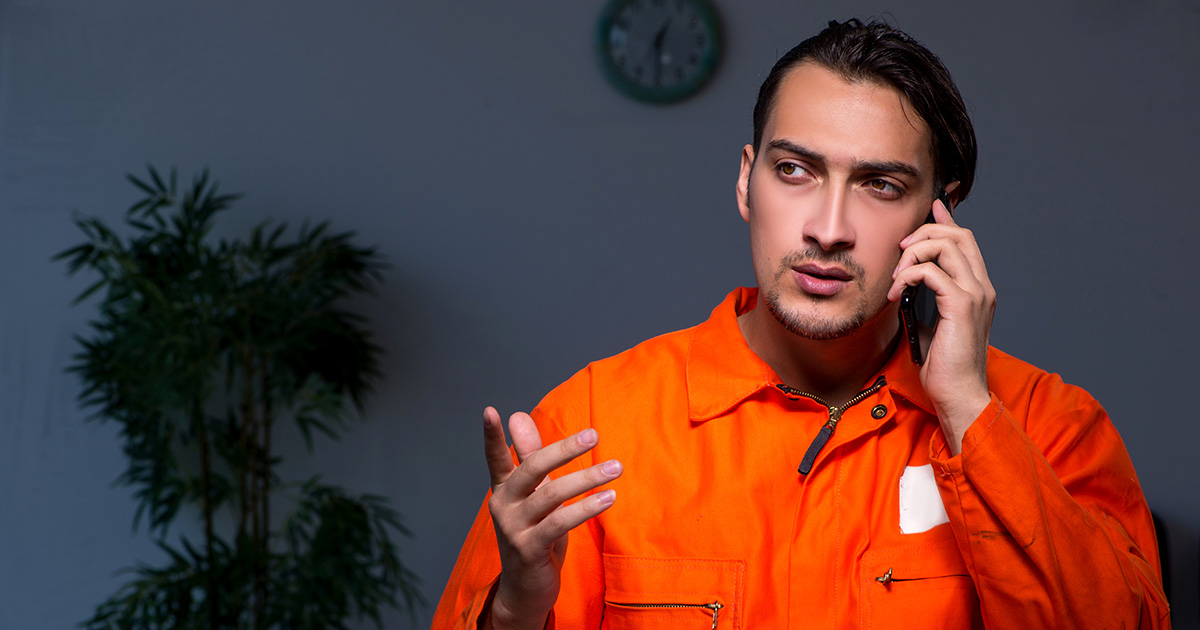 DETROIT – Metalhead Drew Fronski used his one and only phone call from the county jail to get one last unprovoked jab in at the band Ghost after an altercation with an Arby’s cashier, sources close to the man confirmed.

“Yeah, most people would have called their lawyer or whatever, but I’m not going to waste money talking to a lawyer about how much I hate Ghost,” said Fronski over the sounds of jangling chains wrapped around his hands and feet. “I’m not exactly sure how often I can get phone privileges in this dump so I needed to make my call count. Right now I have no way to comment ‘Ghost blows’ on Facebook and it’s driving me insane. When it came time to call someone I just closed my eyes, dialed at random, and began to rant at the person on the other end of the line about how much I hate those wannabe-metal posers.”

73-year-old Eileen Stewart, the recipient of the disgruntled call, admitted she was happy to talk to someone ever since her kids stopped calling.

“At first I assumed the call was from my grandson Jeff. But it turned out to be a man I’d never met and he barely let me get a word in,” Stewart explained. “Most of the time I had no idea who or what he was gabbing about, I think he was being haunted by someone dressed as the Pope or he just read that new ‘Casper the Friendly Ghost’ comic, which you can still get for a nickel down at the druggist by the way. But regardless of his abrasiveness and foul mouth, it was actually pleasant to hear someone’s voice.”

Warden of the Nedrow County Jail, Officer Randy Elliot, took time away from snoozing at his desk to weigh in on the goings-on.

“This City is full of hair bags like this guy. And every time I see them come through, it’s like clockwork,” said Elliot while randomly shredding papers from his desk. “They all just have some undying urge to let someone know what bands they hate. I suppose they’re too afraid to just say it to another inmate in here, out of fear of getting their asses royally beaten. I actually remember one guy was tossed in here for stealing a sewing machine, and he used his only phone call to remind his own mother Bon Jovi is poser pop-metal! Interesting characters indeed.”

At press time, Fronski was heard making a remark about how he needed just one more call to let someone know how much he only likes Metallica’s first demo.