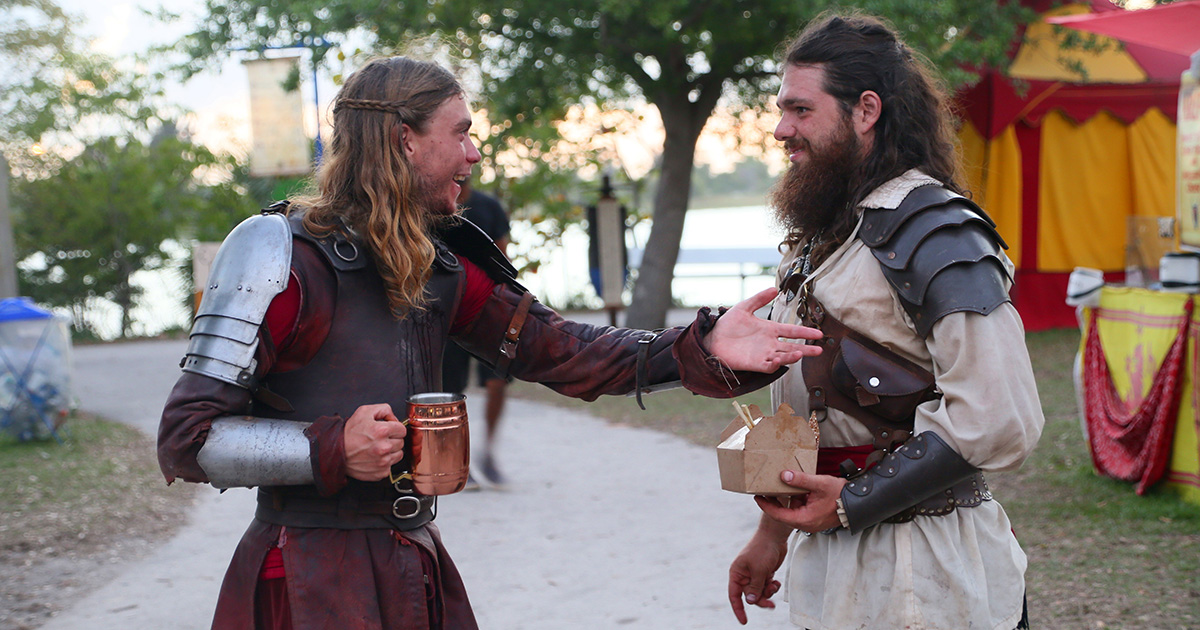 “I thought it would be a good idea to get a side gig at the yearly Ren Faire aside from the hobby shop I work at, and the fact I can wear my stage attire there is icing on the cake,” Riccitiello said while searching for his eight-sided die. “Little did I know, I’d constantly be recognized as ‘turkey leg guy’ instead of as the bombastic singer of the group that came in third place in the most recent battle of the bands. It’s so bad that people will stop us in the middle of our set and say, ‘Oh hey! You’re the dork from the Renaissance Faire!’ No, actually I’m the power metal dork who’s trying to get through this set so I can make it to work on time at the Good Morrow Dub n’ Grub booth at the faire. Jerks.”

“It seems like whenever we go out in public, at least three or four people recognize John for what he does at the Renaissance Faire,” said Dickinson. “Occasionally, a metalhead will come up to him telling him he had a great set, but they’re still usually still somehow referencing something turkey leg related. I can tell it frustrates John, and I’ve tried to convince him to do the jousting tournament so his face can be covered, but I guess he needs a few more years under his belt to get to that level.”

Manager of the festival Donald Sterling revealed the connection between heavy metal and the renaissance arts.

“80% of the workers hired here are somehow related to one very specific genre of music,” Sterling exclaimed through a plume of cigar smoke. “I always thought heavy metal was supposed to be tough. Knife fights and partying nonstop and such. But no, half these guys wear elf ears and carry wooden swords, which coincidentally makes them very attractive to employers like me.”

At press time, a crowd gathered around Enchanted Light’s bass player after a recent show wanting to get an autograph from the Renaissance Faire’s Rumpelstiltskin.