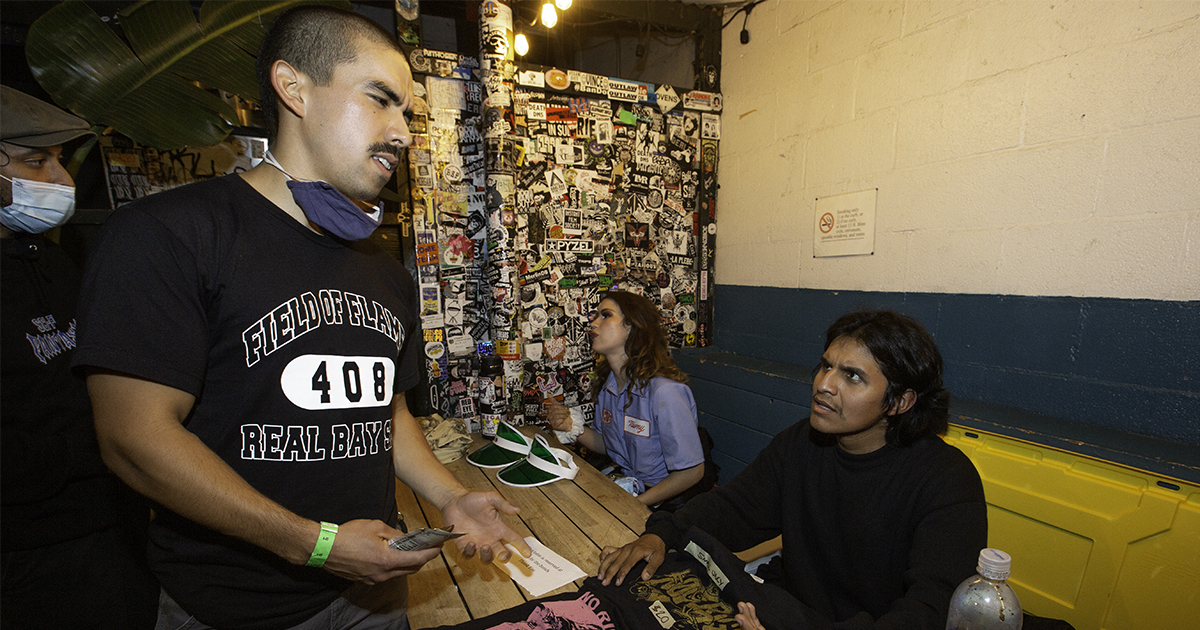 “Get the fuck out of here, I had no idea,” said surprised frontman Scott Novacek. “We always just called him the merch dude. I didn’t even know he worked for us for a while, just figured he was following the band around or something. At one point I think I was calling him Steve, but then our guitarist told me that Steve was our bassist, so I guess I figured he just didn’t have a name. Not sure how he’s been getting paid, come to think of it.”

The merch guy, whose name is Tyler Aaron Gaines, seemed unbothered by the slight.

“I’ve known these guys for a while, since middle school actually. But I’m just the merch dude, so I wouldn’t expect them to really remember a thing like that,” a nonchalant Gaines remarked. “Well, technically, I guess I’m also their roadie since I usually end up helping them load their gear and soundcheck. I also typically settle up their bar tabs for them whenever they go over their allotted amount, but again, little things, so I can’t fault them. Two of them did call me ‘big guy’ at my wedding, so I know they’re making an effort.”

Industry insiders noted that, while merch and sound guys are typically on the lower end of the scene respect spectrum, this incident is especially rare.

“Bands seem to exist in their own little worlds, but this case is especially harsh,” noted venue manager Stacey Deakins. “This guy, whoever he is, seems to be an essential part of their group, so you’d think they’d at least pretend to know his name. I have eight dedicated people on my staff here, and I’ve made it my personal duty to know four of their names. I feel like by the end of the year I might reach that goal. ”

At press time, the band had offered the merch guy to another band in an attempt to settle a gambling debt.