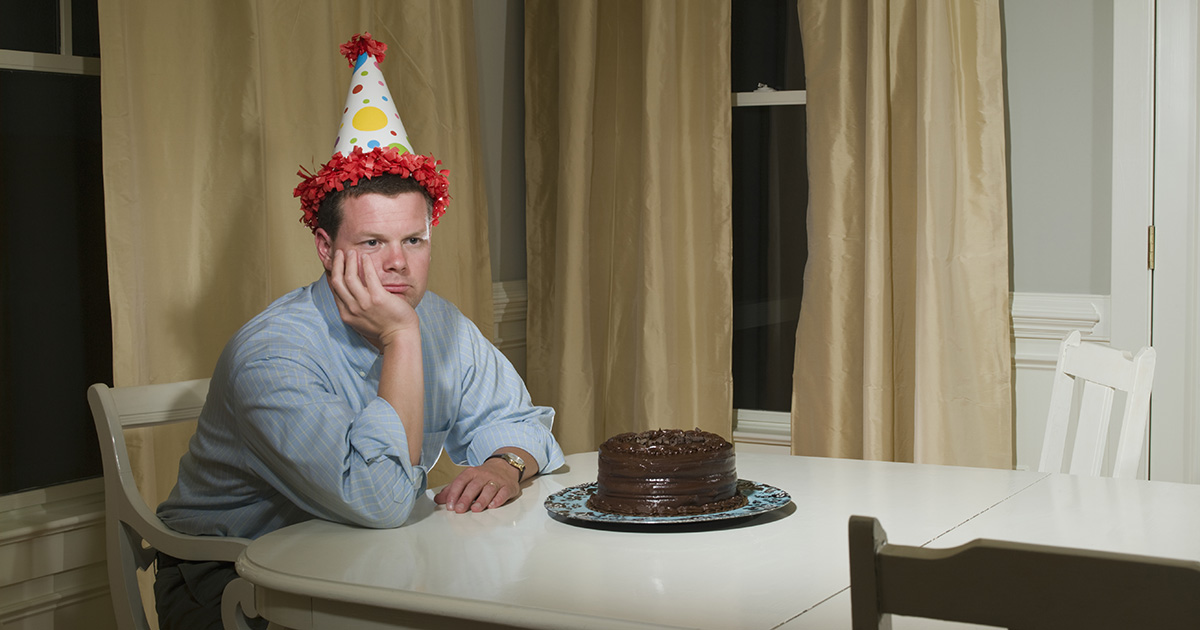 LANSING, Mich. — Local man Jerry Schmidt celebrated his birthday yesterday, and with it, another year of his favorite music and movies losing their cultural relevance, the now 39-year-old unhappily reported this morning.

“Man, I used to get baked, blast some Dookie, and laugh at Mallrats all day for my birthday,” said Schmidt as an Ed Sheeran track blared behind him. “Now, my 11-year-old just asks me why some lady with too much eyeliner is named ‘Billie,’ or why that guy from Alvin and the Chipmunks used to curse so much.”

Schmidt’s day allegedly worsened while in the presence of younger employees at his job — several of whom grew uncomfortable around the “crazy old man” after his numerous invitations to go outside and destroy a company printer and recreate the scene from Office Space.

“I tried to have them watch [Office Space] as my birthday favor,” said Schmidt, his face buried in his hands. “But my only copy is on VHS, and some of them didn’t even know how to work a VCR… let alone own one. I mean, come the fuck on – am I that old?”

“I don’t know why I thought she’d get something from a movie that came out when she was negative five years old,” he added, starting to cry. “I figured everyone knew that Crucial Taunt wails. I’m just glad I stopped myself before I said ‘schwing’ a whole bunch and had to explain myself to HR.”

Schmidt’s after-work soundtrack only made his day worse, when, in listening to a classic radio station, he heard a dedication to Weezer’s blue album.

“Rivers Cuomo has been at it forever, sure,” he said, referring to the Weezer frontman’s 26 years of leading the band. “But I still remember owning this album on cassette. Classic rock is the stuff my parents listened to. They’re the old ones, not me.”

Schmidt was last seen staring in his bathroom mirror at the wrinkles on his forehead for over an hour.