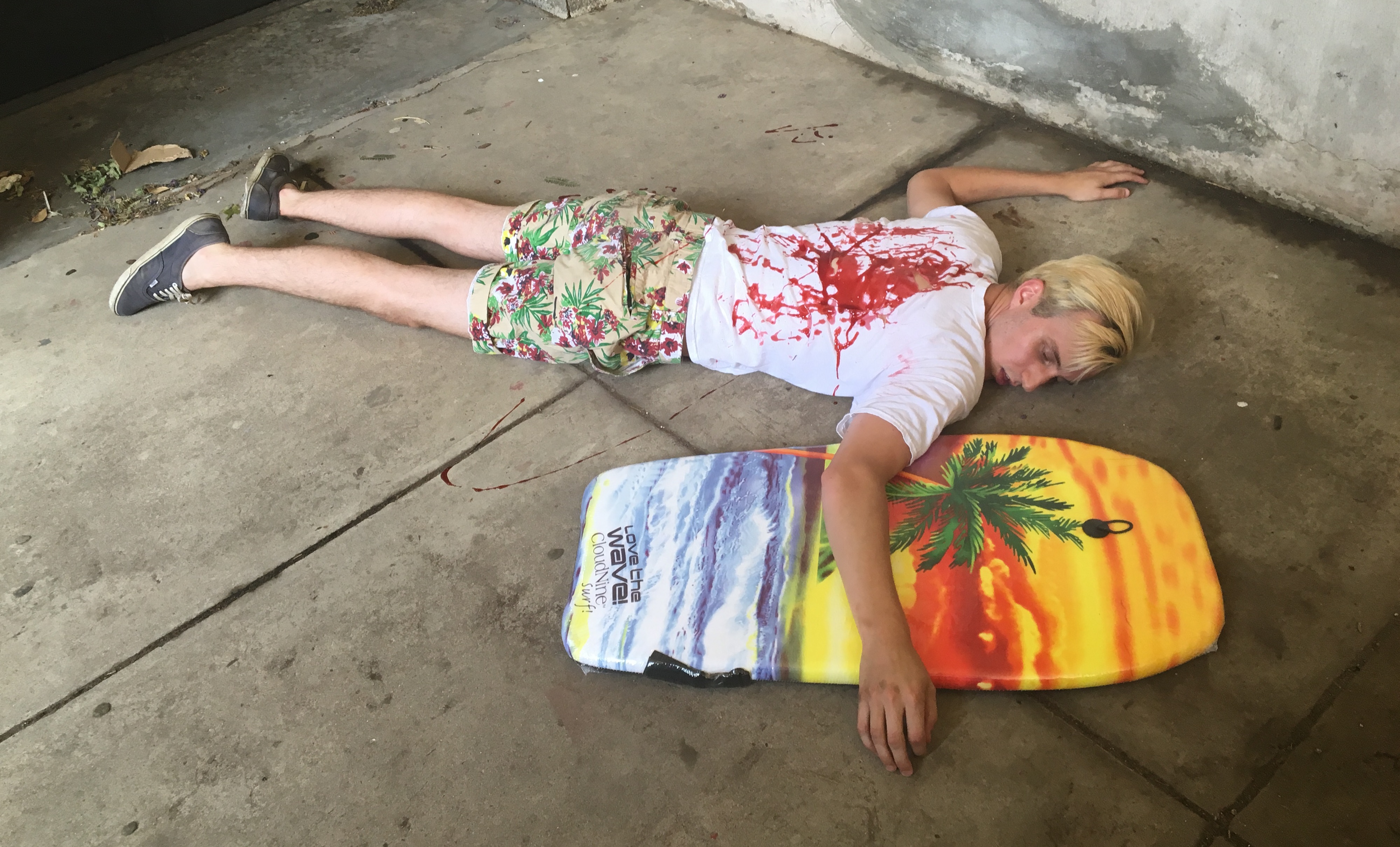 MINNEAPOLIS – Local man Dylan Olsen was brutally stabbed to death outside of punk venue The Sink Hole when it was revealed he had brought a boogie board to the show for crowd surfing purposes, law enforcement officials confirmed

“He kept tweeting at me, ‘Yo, check the tides because the surf is gonna be up,’” said friend Chris Straton, Olsen’s ride to the show. “I wasn’t sure why he kept using that phrasing… I assumed he planned on stage diving or something. I never would have guessed he was going to try to fit a boogie board into my ’94 Honda Prelude with three other people, though.”

Olsen’s overzealous enthusiasm allegedly made more than just his attackers uncomfortable in the hours preceding his untimely demise.

“It’s messed up what happened to Dylan… but, let’s be honest here. That kid was always unbearable. He just could not chill,” said Sarah McDonald, an acquaintance of the deceased. “He was literally bouncing off the walls into everyone before the first band even started. He was doing that ‘hang loose’ hand gesture and yelling ‘tubular!’ over and over in this obnoxious, high-pitched voice. I’m not saying he deserved what happened to him, but trying to start a skank pit during a two-man post-industrial band is pretty outta pocket.”

Before the attack witnesses reported seeing Olsen dressed in cut-off shorts and a lightweight t-shirt while repeatedly trying to land a cartwheel on to his Hawaiian-themed boogie board between bands.

“It all happened so fast. These guys just came out of nowhere,” said Straton. “One second he’s yelling about how rad Maverick Attack’s new sonBandcampdcamp is and doing flips on the curb, and the next thing I know, it’s just a barrage of fists, boots, and knives. So many knives. He was such a positive guy. I guess the real world finally caught up with him and stabbed him right in the liver.”

Olsen is survived by his Instagram meme page and extensive collection of Turnstile t-shirts.