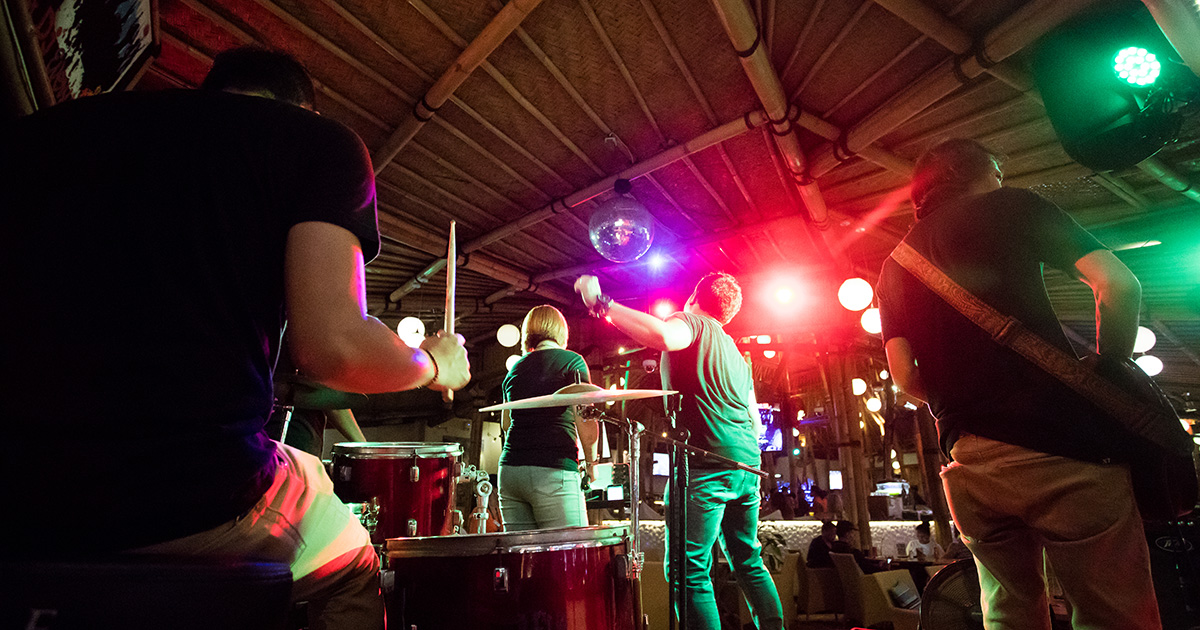 FREDERICK, Md. — Longtime punk band Booger Eater realized yesterday that it’s been over 10 months since they occupied a stage at a local bar and played to two guilt-tripped friends and a hostaged, working bartender who couldn’t leave for several hours.

“Wow… we went from playing over 30 shows per year, begging friends and acquaintances to attend each time, then all of a sudden — poof,” sighed Booger Eater drummer Becky Anne Stein, whose band had a semi-regular residency at Bronze Creek Bar pre-COVID. “I miss watching the bartenders insert earplugs, then donning large industrial earmuffs and then looking at their phones all night to conserve energy. I know it’s all to preserve their hearing so they can listen to Booger Eater for years to come. I wonder how the staff is getting along without us.”

Jay Tuttle, longtime bartender at Bronze Creek Bar, misses the regular income of the job but has also been able to focus on the positive aspects of quarantine.

“Sure, the government hung me out to dry and I’m mad depressed, but I haven’t had to listen to Booger Eater’s ‘big closer’ for the millionth time, which is nice,” said Tuttle. “I think one of the band’s siblings told them that they liked this one song, so every show they make this big production of playing it as an encore no one wants and act like they’ve been saving some fucking legendary punk song. It sounds like all their other three-chord turds, and I don’t think a single person knows the words to sing along, including members of that shitty band.”

Psychologists hope to have definitive answers to the effects of quarantine on those involved in local music scenes soon.

“Most people join bands due to inflated egos and an unjustified sense of talent, and they are particularly vulnerable to the mental difficulties of a pandemic,” says Dr. Stephen Carlise, professor of psychology at Frostburg State University. “But the friends who attend shows out of obligations and bartenders forced to endure repetitive punk sets get a much-needed break, so I’d say it’s a bit of a wash overall.”

Crisis hotline workers have noted decreased calls from music venue staff during quarantine, but also report a disturbing uptick of musicians’ roommates calling after being repeatedly asked if a new riff sounds good or not.