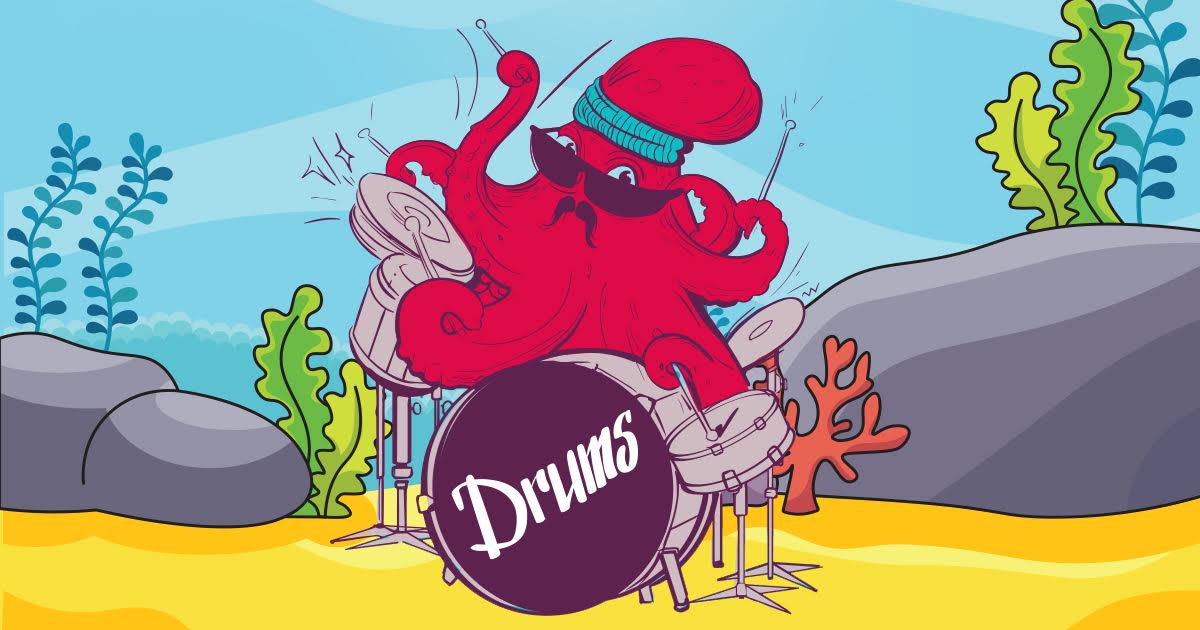 “It’s so, so, SO unfair,” lamented Stewart Copeland, formerly of the Police and placed at 47 on the list, a full six slots below the octopus featured in the “Under the Sea” segment of The Little Mermaid. “How can a flesh-and-blood human compete with something drawn to hold eight sticks and animated at any speed, its tentacles a blur of percussion mastery?”

Drummers around the world believe the animated characters get more recognition due to their mainstream appeal.

“I’ve developed countless techniques to keep up with the natural gifts of octopus drummers, and this amounts to nothing in the music community,” said Cryptopsy drummer Flo Mounier. “The people who vote for these things turn on a TV, see a cartoon octopus playing, and automatically assume it is superior to a human, without taking into account any timing of rhythm.”

Despite the criticism, Modern Drummer management stood by the inclusion of sea-dwelling creatures.

“Modern Drummer shines a light on the contemporary culture of percussion. It is our belief that that includes goofy fictional cephalopods, and it always has been,” said publisher Isabel Spagnardi from her New Jersey home. “What these people are forgetting is those octopi are playing underwater. Let’s see Danny Seraphine take his kit to the shallow end of a pool and see how he holds up.”

While some readers remain outraged, many in online forums defended the list.

“Yeah, Bonham’s great… Moe Tucker, Keith Moon… I have room for them all,” loyal Modern Drummer subscriber Lydia Melman said. “But Squiddly Diddly’s ranked first for a reason. Nobody forgets when and where they were the first time they saw him bug out on some drums. I guess because it’s typically ‘in front of the TV, Saturday morning,’ actually, but still.”

At press time, none of the animated sea creatures on the list could be reached for comment, due to the complete lack of interest in the list from the animators and voice actors.