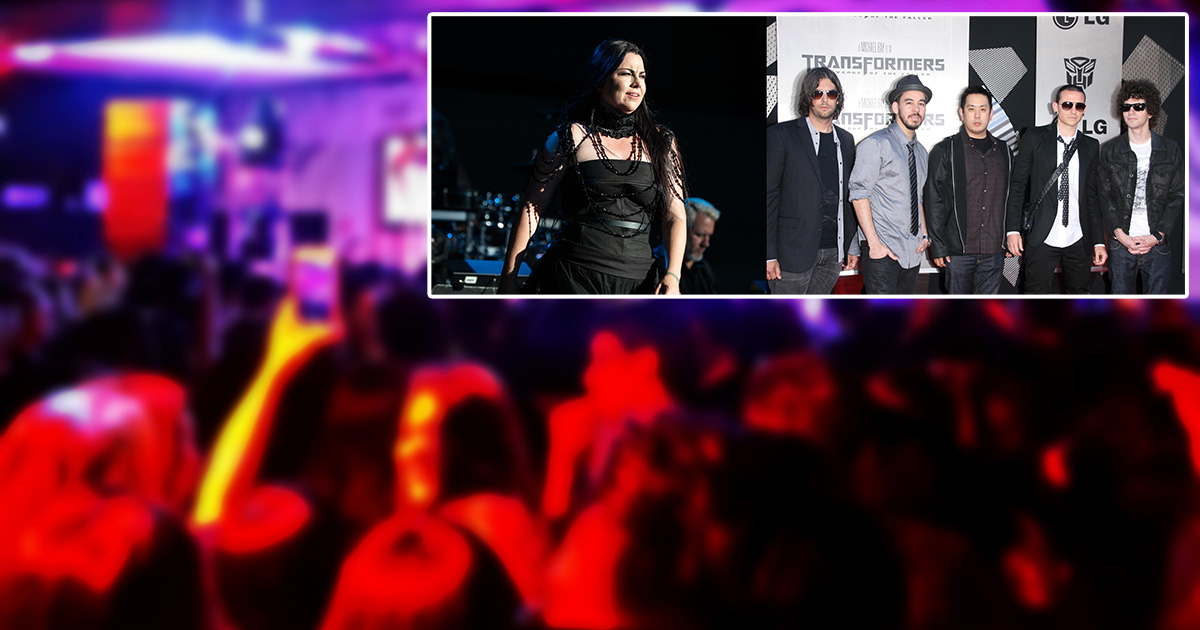 LOS ANGELES — Members of both Linkin Park and Evanescence were just as surprised as anyone else yesterday to find themselves on a playlist at “Still Crying,” Dazzle Bar’s weekly emo dance night, baffled sources confirm.

“We’ve been called a lot of things… but ‘emo’ was never one of them,” said Evanescence lead vocalist Amy Lee. “I’m assuming this is probably just some sort of mistake. Maybe someone confused me for that guy from My Chemical Romance? But, come on, they aren’t even really emo, either.”

Mike Shinoda of Linkin Park was equally confused that not one, but two Linkin Park songs were played over the course of 90 minutes supposedly dedicated to emo bands.

“I guess maybe it could be because Linkin Park got popular right around the same time emo sort of became a mainstream thing… but what emo band had a DJ? And I don’t remember rap breakdowns on any of the City of Caterpillar records I’ve heard,” said Shinoda. “The playlist had ‘Numb’ on there — which I guess is popular enough for people to be nostalgic about — but it also had ‘Wastelands,’ which is sort of a deep cut from an album we released in 2014. So I’m still trying to figure this out.”

Noted emo historian Tom Mullen was not pleased with the artist selection.

“Are you fucking kidding me? Honestly, is this some sort of sick fucking joke? Because I’m not laughing,” said Mullen, author of The Anthology of Emo Volume 1. “If those bands count as emo, then why don’t we throw Staind and Black Label Society on a tour and call it ‘The Giants of Emo 2019?’ I feel like I need to sit down.”

“Um, yeah… so basically, I saw other people doing this exact same thing in New York and I figured I could cash in,” said Travers. “The only problem is, I’m still trying to figure who actually counts as emo. It’s a lot of trial and error, but I think next week I am going to lean heavy on classic emo pioneers like Blink-182 and Panic! at the Disco.”