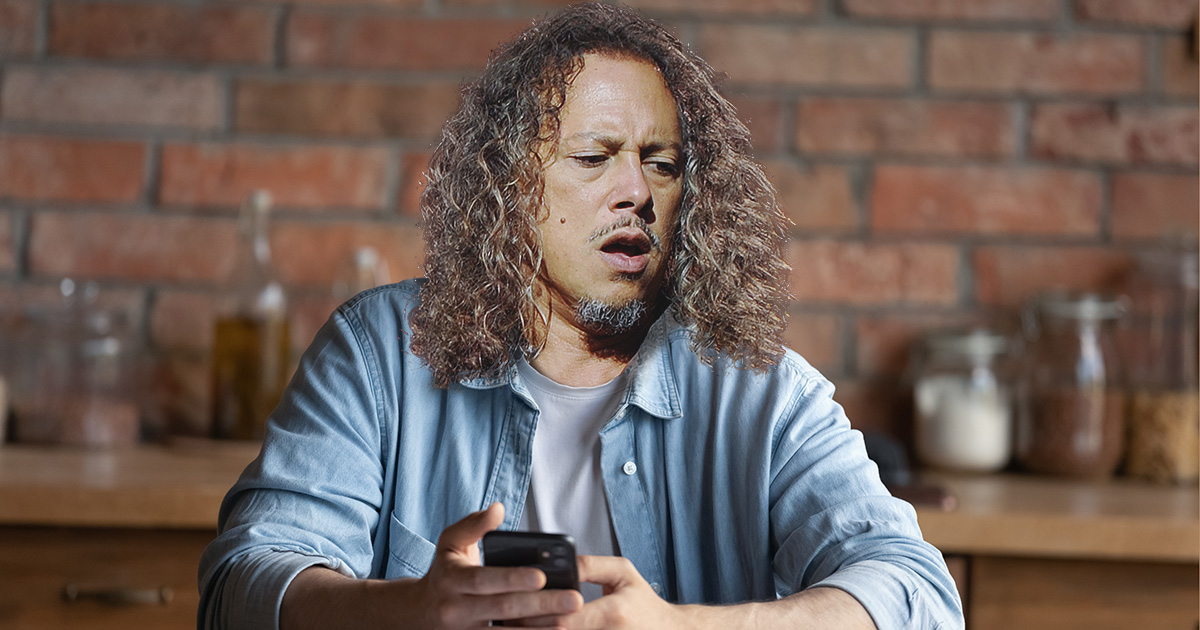 “A lot of people don’t know that James and Lars agreed to joint custody of me, which you can see in a deleted scene on the ‘Some Kind of Monster’ DVD,” explained Hammett, who fully understands that James and Lars both still love him. “But I’m not sure where I’m supposed to go after surfing this Friday. I like going to James’ because he gives me guitars, but I have to be asleep by 11 p.m. Lars’ is fun because we stay up until 4 a.m. drinking whiskey, but then I have to sleep on the floor, and he always tells me not to tell James I got to eat Lucky Charms for breakfast and dinner.”

Metallica frontman and rhythm guitarist James Hetfield expressed frustration at having to bear so much responsibility in the band.

“I can’t wait until Kirk turns 80 and he is fully emancipated,” admitted Hetfield who has begun writing the band’s next album, which is expected to drop in 2034. “It’s definitely Lars’ weekend. This back and forth is nonsense. But since he and I just can’t seem to jive under the same roof, it’s the way it’s gotta be, brother. We got through another awkward holiday season with the handoff, but Kirk still seems stoked about having two Christmases so that’s good.”

Metallica historians point out that interpersonal relationships between the band have influenced the overwhelming majority of their music.

“Not many people know this but ‘Master of Puppets’ was written about the court proceedings over Kirk’s custody battle,” said Todd Langley, author of several Metallica biographies. “’Enter Sandman’ started as a lullaby that James would sing to Kirk to get him to fall asleep, and ‘Welcome Home (Sanitarium)’ was written to help Kirk feel more comfortable in James’ new house. ‘Fuel’ is still just a song about gasoline, though.”

Trouble within the Metallica camp continued to worsen, as no one remembered to pick bassist Robert Trujilo up from soccer practice.