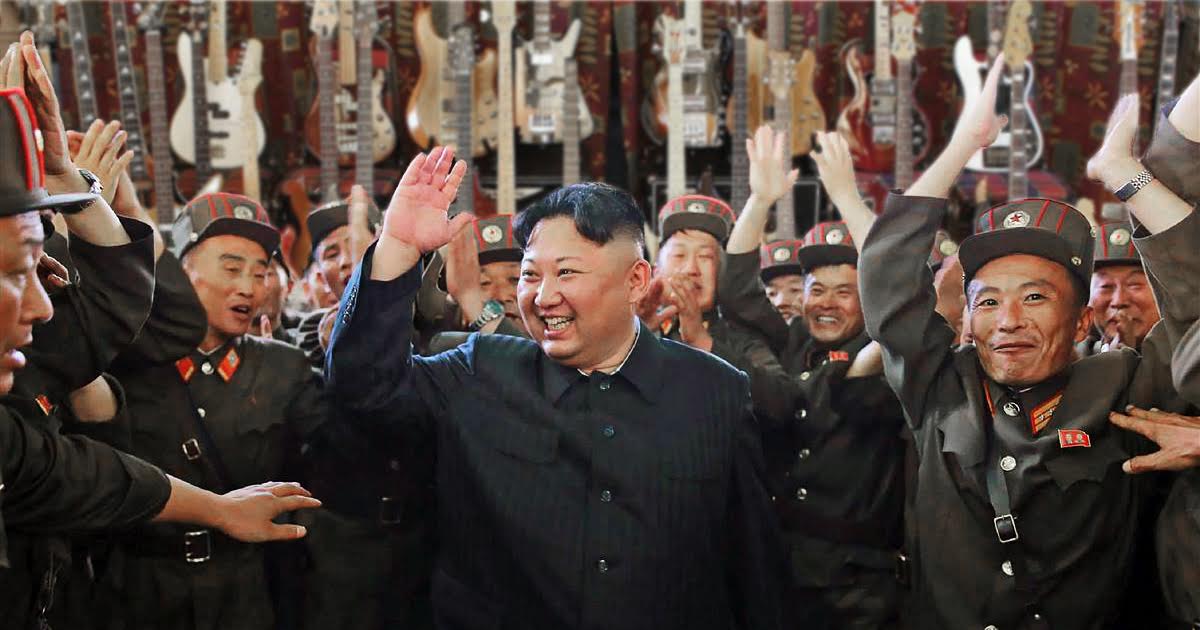 PYONGYANG, North Korea – North Korean leader Kim Jong-Un vowed to decimate the city of Los Angeles with his distinctive style of bass guitar, in a speech that drew condemnation from across the Pacific.

“American Imperialists have treated bass as a rhythm instrument for too long,” Kim Jong-Un proclaimed from a terrace overlooking Pyongyang. “The DPRK will not hesitate to put a foot up on the monitor and destroy Los Angeles crowds with advanced harmonic techniques.”

The supreme leader went on to solo extensively on a 12-string bass guitar as thousands of troops paraded below in perfect lockstep, declaring with one voice that he was “just absolutely shredding it” up there.

The response from the international community was immediate and sharp.

“Bassists should support their bandmates with a solid rhythmic foundation. Nothing more, nothing less,” said Eric Garcetti, Mayor of Los Angeles. “This brutal dictator’s hunger for power is an affront to everything our city stands for, and we will stand united against him.”

Experts confirmed the dictator’s advanced bass guitar capabilities after reviewing hours of aerial footage. If allowed to continue, his fresh new take could reach Los Angeles in a matter of months.

“Our reports show Kim Jong-Un started learning tabs online a few years ago,” said Christina Angley of the United Nations. “After he torrented a Victor Wooten instructional DVD, he quickly began to enrich his chops to a critical threshold. This week, for example, North Korean state media released footage of Kim doing that thing where he plays with both hands up on the frets. To be honest, it was quite sick.”

Allies have attempted for decades to negotiate deals with the North Korean regime, but their offers have repeatedly failed.

“China tried paying for community college, piano lessons… you name it,” Angley explained. “But once spy drones located a poster of Pearl Jam bassist Jeff Ament outside the Ryongsong Residence, the time for negotiation drew to a close.”

Trump immediately fired back at the dictator, in what many fear may initiate a potential “bass off” between the two leaders.

“Kim thinks he can threaten US with bass licks. Sad. I have licks that would make your head spin,” tweeted Trump. “Believe me. Nobody has seen a bass played like this.”