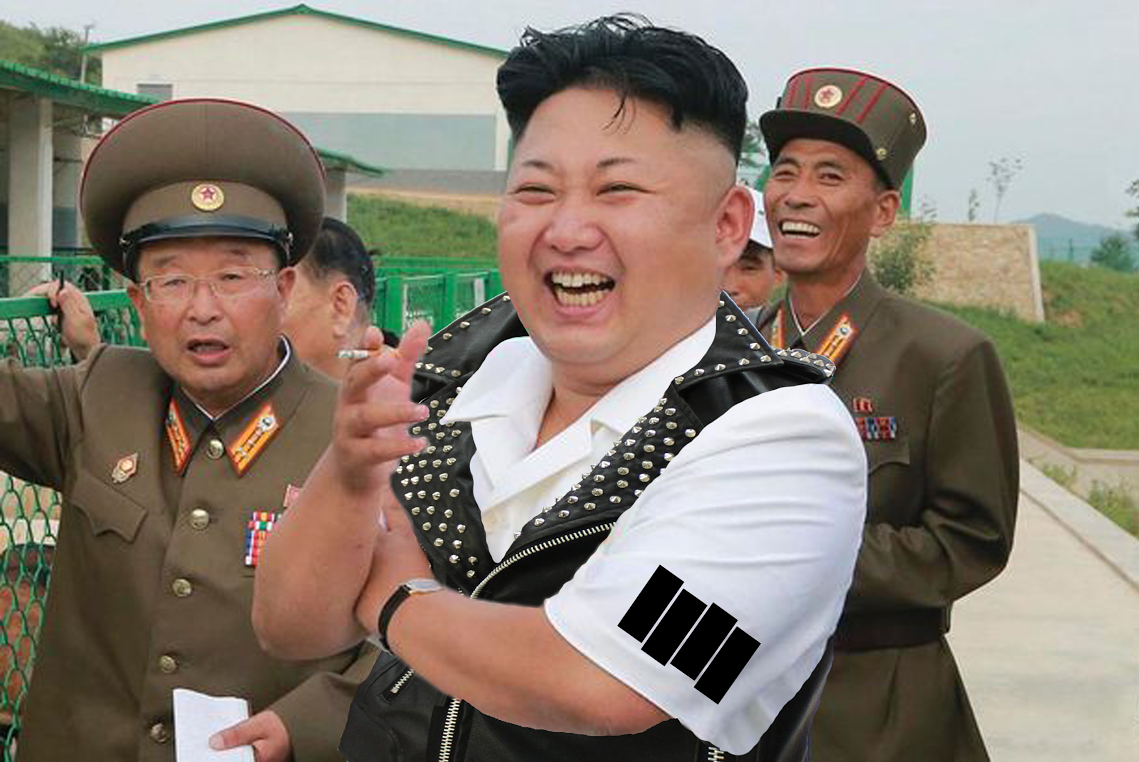 PYONGYANG, North Korea – Kim Jong-Un, leader of The Workers Party of Korea, shocked the western world when he announced himself as the new supreme lead singer of Black Flag, geopolitical experts confirmed.

“Our most benevolent leader, whose voice shakes the mountains of the fatherland like a mighty drum, shall lead Black Flag to the delight of the North Korean people and everyone in the universe,” read an update on the official website of Democratic People’s Republic of Korea. “We will rise above.”

The rare press release also stated that “Kim Jong-Un could recite every lyric from the Black Flag from memory by the age of three.”

Never before seen photos of the young leader included in the press release reveal a birthmark on his upper right arm of what looks like the iconic four-bar logo.

“What we know so far is that Kim Jong-Un came was installed as the new Black Flag vocalist during a recent gig in Australia,” said CNN reporter Christiane Amanpour. “Some fans in attendance at the show told me that with only two songs left in the set Kim Jong-Un grabbed the microphone from former singer Mike Vallely and allegedly said, “You’re done, the New People’s Party is taking over.’”

“Yo look, Kim loves Black Flag, and I say that America loves Black Flag, let’s start there,” said Rodman. “He is a true fan, he has bootleg recordings of Black Flag shows most people probably never even knew existed. He is also a vocal critic of What The… and has promised he will only perform the songs we all know and love.”

This new and presumably final incarnation of Black Flag will reportedly perform all of the classics, with Kim Jong-Un contributing his own take on the songs. Comprising their new set list will be songs such as “My War (with South Korea)”, “Who’s got the 10 ½ (Kim Jong-Un)” and “In My Head (the virtuous words of the most exalted leader of the most prosperous nation, Kim Jong-Un).”