Hoobastank Bassist Will Be Right Back with Your Drinks 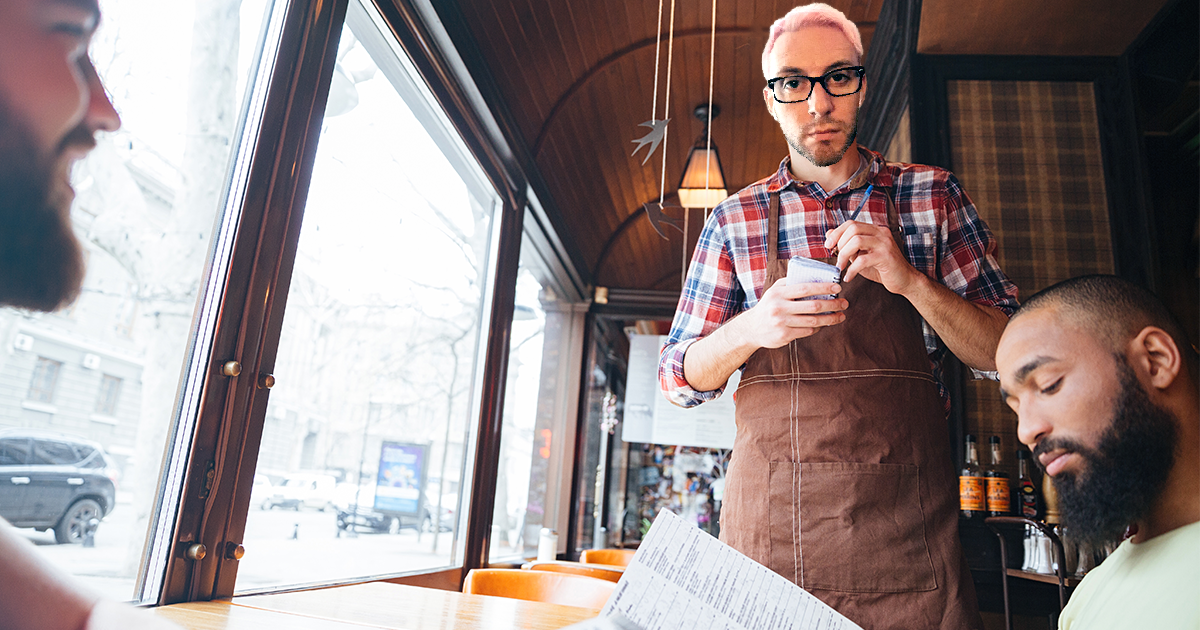 AGOURA HILLS, Calif. –– Jesse Charland, the bassist of the rock band Hoobastank, announced he will be “right back with your drinks” moments into your evening out at local bistro Tomate Verde, witnesses confirmed.

“Welcome to Tomate Verde. Can I start you off with something to drink?” Charland asked moments after approaching your table. Charland, who made no mention of his membership in the alt-rock/post-grunge fusion band, then allegedly gave an eloquent explanation of the evening’s specials.

Nearby diners noted Charland carried himself with great confidence throughout his shift, his clean uniform undoubtedly covering the multiple tribal tattoos he probably has. “Excellent choice,” Charland said of your drink order, before promising to return shortly.

“The braised short rib sounds good,” said your date when Charland came back, oblivious to your struggle to suppress questions about the vaguely Christian band who penned the visor beanie anthem, “The Reason.”

“Would you like some bread while you decide?” asked Charland patiently while juggling an impressive 9-table section, proving that, despite Hoobastank’s obscurity, he still knew how to work a crowd.

Sources close to Charland confirm the bassist has taken to providing a full-service dining experience, working hard to develop interpersonal skills in the years since Hoobastank’s relevance.

“[Charland] applied to be a line cook, actually,” said Tomate Verde manager Dave Santos, “but he’s doing great on the floor––especially considering he had no prior restaurant experience. Nobody really recognizes him, so it isn’t a big distraction. He’s a real rock star with side work.”

“We’re lucky to have him,” added Santos when stopping by your table to gauge Charland’s service. “We know the Hollister at Twin Oaks really wanted him.”

Comment cards confirmed satisfaction with Charland’s performance. “Jesse was excellent. I’m asking for his section when I come back. I didn’t even mind that he kept mentioning his band’s gofundme to record some album or something,” wrote one diner.

At press time, Charland was desperately trying to remember whether your date wanted the salad dressing on the side.