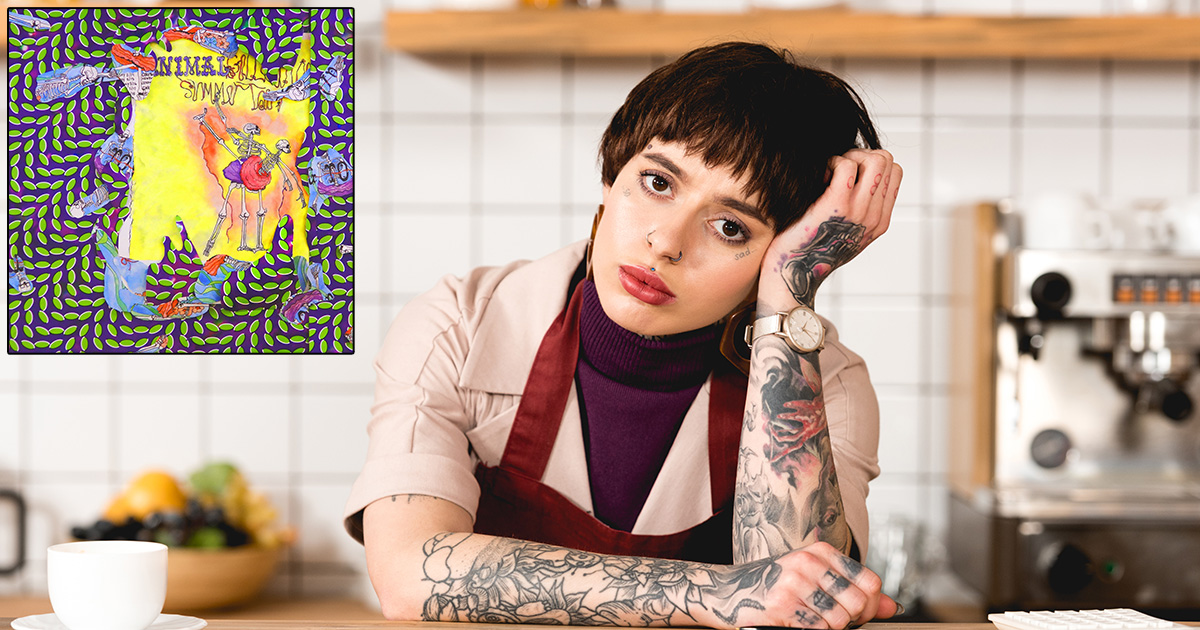 “My friends convinced me to have ‘just one beer’ last night even though I worked the opening shift today. Needless to say I’m super hungover. I thought I could just guzzle some Pedialyte and barrel through until 1 p.m., but our manager Davey decided to play music that sounded like he force-fed his tabby cat salvia and let it take a nap on a Roland synthesizer,” said Potenza. “My head immediately started pounding like a drum machine. But then the singer began yelping about mildew on rice and rotten cherries, and I just about blew my partially digested dry toast all over an investment banker’s Americano.”

“If you’ve ever been in a coffee shop before 9 a.m., there’s a 70% chance your barista is hungover and just one rude customer away from scalding a Karen and chugging a 200 tablet bottle of Ibuprofen,” said Emmerich. “But Carrie was looking really green around the gills today, and eight hours of noise pop was not conducive to a vomit-free workplace. I tried getting Davey to switch over to The Weather Station album and let Carrie wear sunglasses on the register, but he said Animal Collective was ‘good for the vibe,’ whatever that meant. Not being totally unsympathetic, he did allow her to barf out by the dumpster between breakfast sandwich orders.”

Although seemingly coincidental, a whistleblower codenamed “Not Panda Bear” claimed Animal Collective’s hangover advancing effect is not an accident.

“Of course Animal Collective isn’t real. You think any musicians would actually choose to sound like this? The whole ‘band’ was manufactured by Big Hangover to sell more Alka-Seltzer,” explained Not Panda Bear. “I shouldn’t even be talking to you guys about this. Apparently one of the members of Deerhoof tried to speak out before and some Bayer goons named ‘Fizz’ and ‘Plop’ showed up at his place and made him butt chug a whole bottle of Bankers Club vodka.”

At press time, Potenza has chosen the “nuclear” hangover cure option of stealing Kahlua from the cold storage and drinking it in the supply closet.