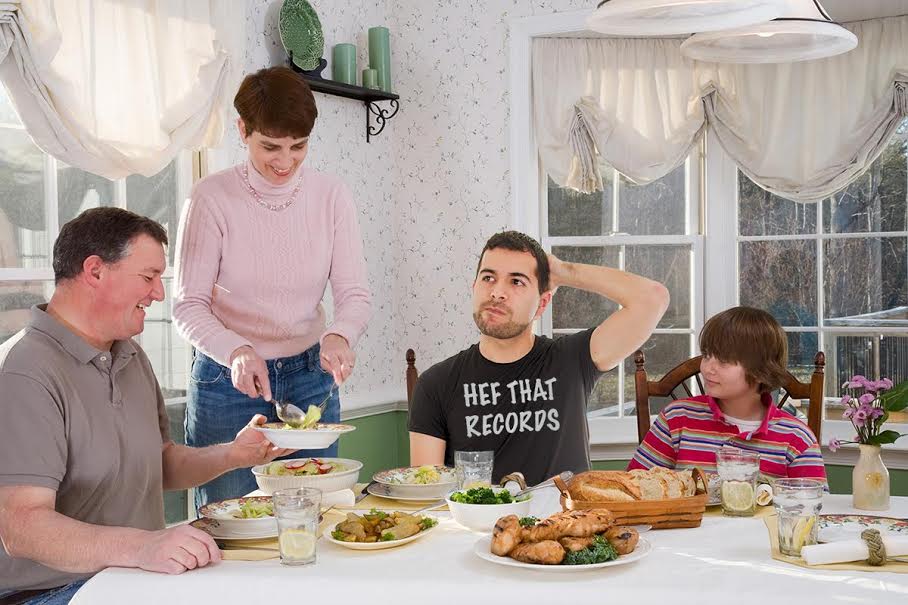 ATHENS, Ga. – Despite being CEO and owner of his own DIY record label, 16-year-old Eric Heffenueller is still very dependent on his mother preparing all of his meals, according to multiple well-fed witnesses.

“Ugh… porkchops again?” the founder of the buzz-generating Hef That Records reportedly sighed. “Every week it is the same exact thing. Would it kill her to make, like, fish tacos or something? I need to be well nourished or it will stifle my creativity. If I just kept releasing the same exact Sweet Bucket album every Tuesday night like her, nobody would care about my record label.”

Joyce Heffenueller, his mother, has been proudly prepared meals for her son since the day he was born. “Oh, I just love the tapes Eric and his friends make! He does it all by himself… well, I buy the stamps he uses, because he says he can’t afford them,” she revealed. “Once his sister went off to college he moved all his stuff down to the basement.

“He likes to pretend it’s his own little office,” she whispered, “and I’m only down there doing laundry about a few times a week.”

The ambitious CEO had a recent financial setback, which, unfortunately, left him even more dependent on his mother for sustenance.

“Once the pizza place waives this whole $24 overdraft charge, I’ll be back on my feet, and then my mom can take a break,” said Heffenueller, loading the dishwasher while misunderstanding how bank withdrawal fees work. “She seems to enjoy making me food though. I guess I can’t really complain too much. How many other small business owners have a personal chef?”

Independent record label owners have a long history of being dependent on outside help in order to stay afloat, whether it is a parent providing meals, a band fronting money for their own record, or using an office copy machine to print inserts and lyric sheets to save on printing costs.

“Hef That Records would actually have never started without my mom’s help — she got a pretty huge settlement after falling down the stairs at work, and she gave me a couple hundred dollars for my birthday,” said Heffenueller. “Her back hurts all the time, but I think she likes supporting the label and what we stand for.”