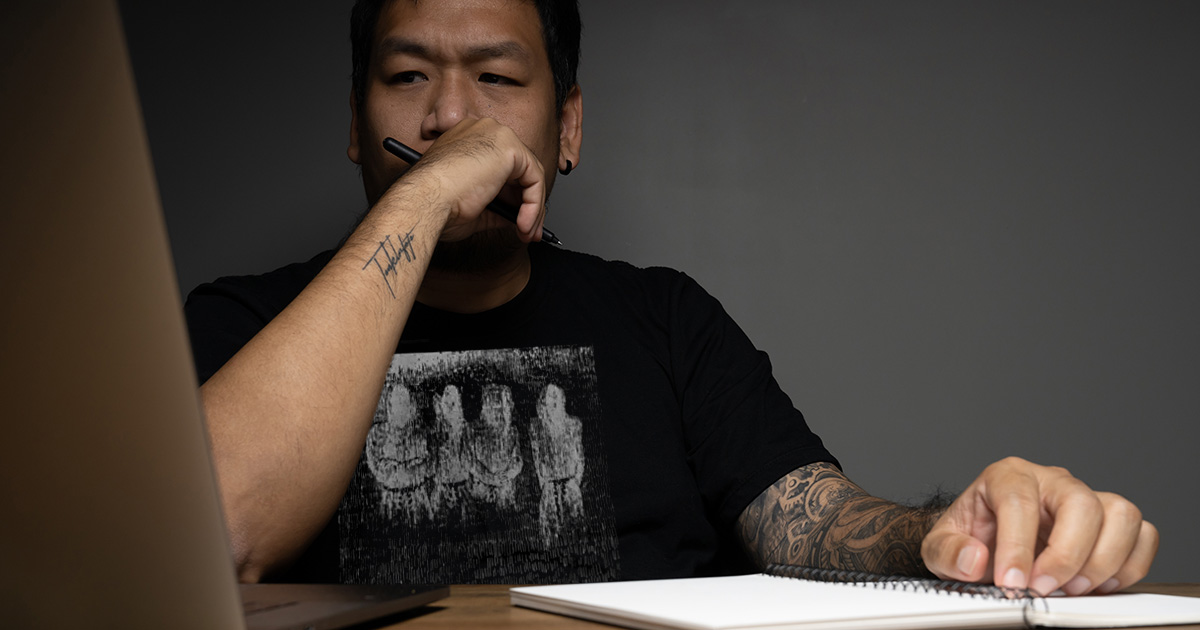 SYRACUSE, N.Y. — Torn Down frontman Benny Lawrence attempted to write lyrics tackling some of society’s most pressing issues, but instead settled on brotherhood and unity for the 75th straight time, confirmed sources who were absolutely not surprised.

“I wanted to write an album that expresses my thoughts on masculinity, having to deal with aging parents, and income inequality across race and gender. But I realized that nobody would sing along to any of that,” said Lawrence. “The guys in my band are writing some of the heaviest breakdowns in hardcore. I can’t let them down by writing lyrics that make people stop and think. I ended up writing 12 songs about how my friends are always there for me, and how my crew is my chosen family. People are going to go off once they hear these tracks.”

Lawrence’s bandmates admitted they were floored by some of the lyrics their front man came up with.

“We were playing through the song ‘Thicker Than Water’ and when he said ‘stay true to what you do, nobody can fuck with our crew,’ I had to stop and give him a round of applause. I don’t know how he thinks of this stuff,” said the band’s drummer Marty O’Leary. “I think he might be one of the greatest minds in hardcore. I don’t know any other frontmen who are able to express these complex emotions, like loving your friends, and being there for each other no matter what. Oh, and never letting a friend down. That’s important.”

Fans of Torn Down were happy to hear the band was not writing anything that could be described as “the most thoughtful album in the band’s history.”

“There are only like four topics I care about, and all of them have to do with my friends being loyal to each other. If I wanted to listen to something that made me think then I’d throw on some Joe Rogan,” said hardcore fan Eli Krause. “I can usually tell when a band is going soft as soon as they stop using skulls in their cover art, or even worse, when they put an acoustic song at the end of the album. I just want hardcore to stay the exact same forever, I don’t think that’s too much to ask.”

Lawrence further excited fans by announcing an additional EP that is expected to tackle the topics of betrayal and sellouts.