Hard-Hitting Journalist Asks Where Band Name Came From, if They’re Having Fun on Tour 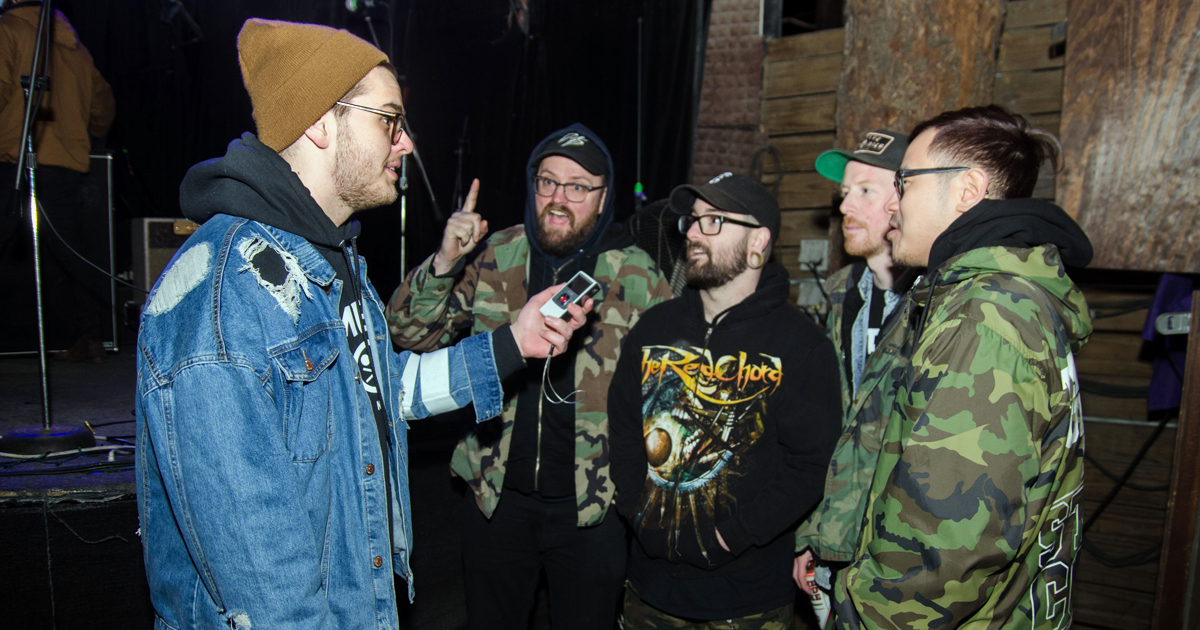 PHILADELPHIA – Reporter Bradley Gufftaw turned the world of music journalism on its heels yesterday during an impromptu interview of hardcore band Boston Bred, asking where the band’s name came from and if they’re having fun on the road, shocked sources confirmed.

The soul-bearing interview, recorded post-show as the band loaded their ’92 Toyota Previa in the alley behind legendary hardcore venue Kyle Michael’s Deaf Grandma’s House, sent shockwaves racing through the music world for its raw, unabashed questions.

“This is a total game-changer,” said Eliza Krosslaw, a Harvard media professor and author of Academic as Fuck! “Before this, journalists would ask bands, ‘How’s it going?’ Or maybe, ‘When does the new record come out?’ We’re in avant-garde territory. No one can predict where journalism goes from here.”

Gufftaw immediately took to social media to defend his actions, posting his side of the story prior to even turning in his first draft.

“I had one chance [to interview them], okay? I’m not some asshole. I know you have to build rapport and trust over several interviews before I could even ask about their favorite song to play live. I took my shot,” said Gufftaw. “It boils down to a core sense of identity. We live in a society that takes things way too seriously, and I needed to know if these musicians were on the road having fun.”

The band addressed the controversy the following night onstage at Baltimore’s 40-40 Club.

“Listen up: we’re Boston Bred. Last night, I’m sure you all heard, we were packing our gear when this so-called journalist bombards us with his ‘gotcha’ questions,” said frontman “Dorchester” Donny Sullivan. “You’re not family, bro. No more interviews. Ever. This first song is ‘Betrayal From On High!’”

At press time, Gufftaw was busy working on a new investigative piece about whether a local comedian wants to quit her day job someday.

Head over to our virutual merch table: