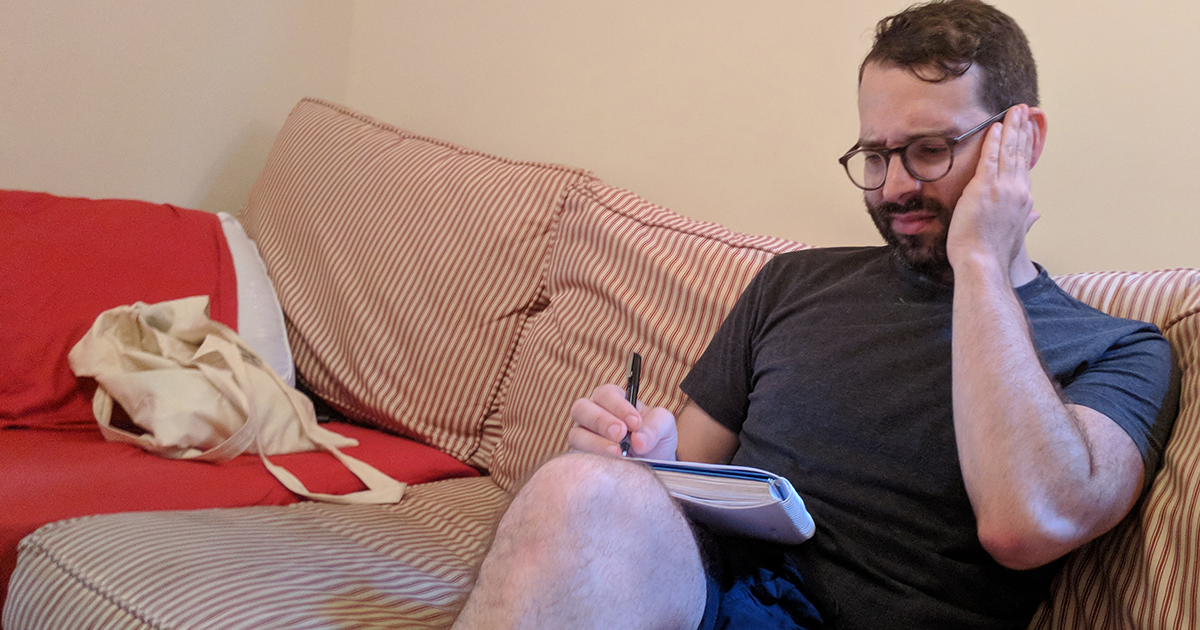 The 24 year-old journalist initially seemed to appreciate the avant-garde qualities of his hearing loss.

“The ceaseless hisses, clicks, and pops roaring throughout my ear canals are reminiscent of earlier Eno works,” Coates wrote in the lengthy review. “Thematically, my decreasing hearing functions reminds us all of the fragility of life.”

Those close to Coates confirmed he first experienced his tinnitus after attending a three-day music festival, at which he stood directly in front of an amplifier with no ear protection.

“When he laid down that night, he said he thought a neighbor was playing an unreleased Radiohead track, and that he could feel it reverberating throughout his skull,” said longtime partner Gloria Roberts. “I don’t think he realized how serious this actually is, and that the damage is irreversible.”

Coates began the review after two weeks of focusing solely on the noise contained within his head.

“When I realized this dark, introspective lullaby was actually something physiologically wrong with me, it made it all the more appealing,” Coates said. “However, as the monotonous tinny track refused to cease, it grew tiresome, as the voices of my friends and family faded into the background.”

Otolaryngologist Dr. Walter Bohlke cited the critic’s profession as the inspiration for the ceaseless musical onslaught.

“He wears headphones during his commute, then all day at work, and then attends concerts at night. Honestly, he’s lucky his entire existence hasn’t devolved into a sub-par Lou Reed album,” said Bohlke. “His review did help me understand the scope of his tinnitus, but I still think it was a bit long-winded.”

Coates ultimately rated the anatomical effects of his tinnitus at a meager 6.5.

“Where it once felt fresh and subversive, this never-ending track has grown outdated and repetitive,” the article concluded. “This vibratory nonsense, while innovative, refuses to excogitate and transmute. It just won’t stop. God, I want it to stop! Please make it stop!”