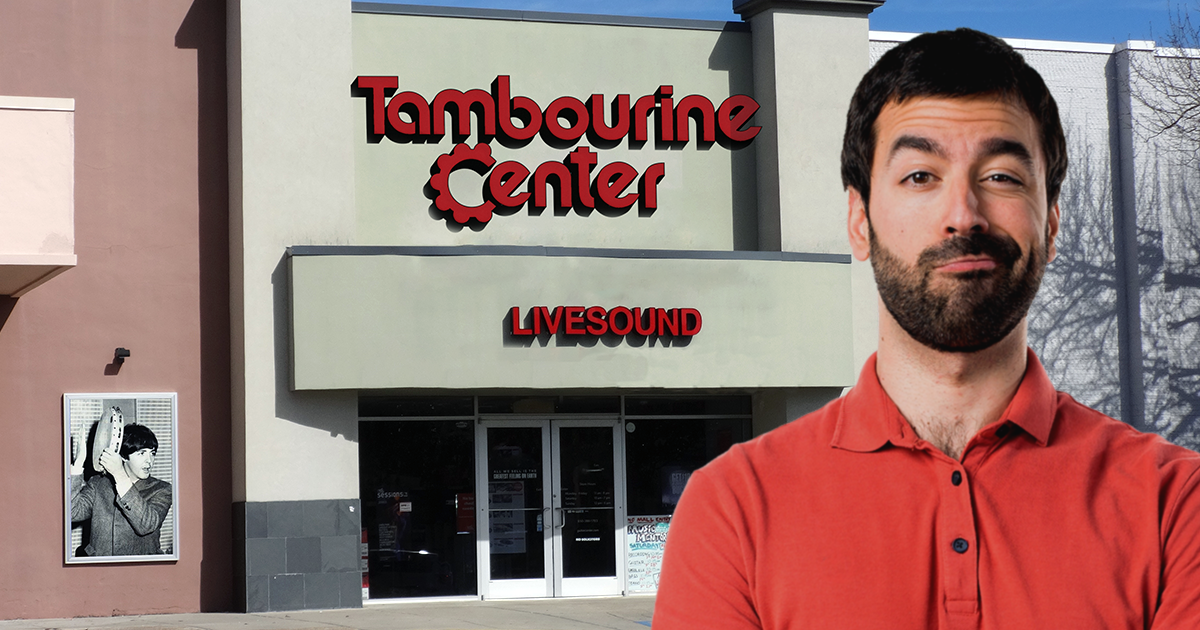 DANBURY, Conn. — Guitar Center employee Gavin Keane was demoted earlier today to a post at Tambourine Center for failing to show any musical competence, according to multiple sources.

“Straight up? The dude kinda sucks,” admitted Roy Burch, Keane’s former boss. “But, his heart’s in the right place, and he’s just so enthusiastic. I couldn’t just kick him out entirely. He’ll fit in perfectly at Tambourine Center, where he can dick around with all the other dudes with no rhythm.”

Tambourine Center, the branch of Guitar Center across Interstate 84 frequented most by friends and significant others of more talented musicians, is designed to avoid bothering anybody without making them feel too bad, out of the way of other music stores and employees who actually know what they’re doing.

Keane claimed he’s excited to use his lack of instrumental knowhow to push tambourines, cowbells, wind chimes, and “that fish-lookin’ thing you scratch with a stick.”

“Really, anything you don’t need to strum or blow into is my shit,” Keane said, trying desperately to sound cool. “We have a bunch of those eggs filled with sand or whatever, and, man… it’s popping in here when you get a few people shaking those eggs.”

One eyewitness, who insisted on anonymity, struggled to remain inside Tambourine Center for more than a few seconds. “No way, man,” he said. “I mean, good for those guys — they seem nice — but, c’mon. Just a bunch of dipshits in there. Sounds like a goddamn kindergarten.”

“Sometimes it does get a little noisy,” said Keane of the clientele known for “shredding” along to such tambourine-centric hits as Last Train to Clarksville and California Dreamin’. “But, at least it’s not some schmo’s stepdad playing the Sweet Child O’ Mine riff over and over.”

Despite Keane’s optimism, he admitted he was sad to leave Guitar Center.

“I’m gonna miss my old job. But Tambourine Center’s where I belong,” he said, noodling an incessant jingle-jangle. “Who knows? Maybe I’ll meet a nice girl here, and we’ll settle down and raise a family of hand clappers and background vocalists. It’s always been my dream.”

Keane added that he hopes to follow in the tradition of Tambourine Center employees by becoming a functioning member of both society and an animated band that drives around solving mysteries.