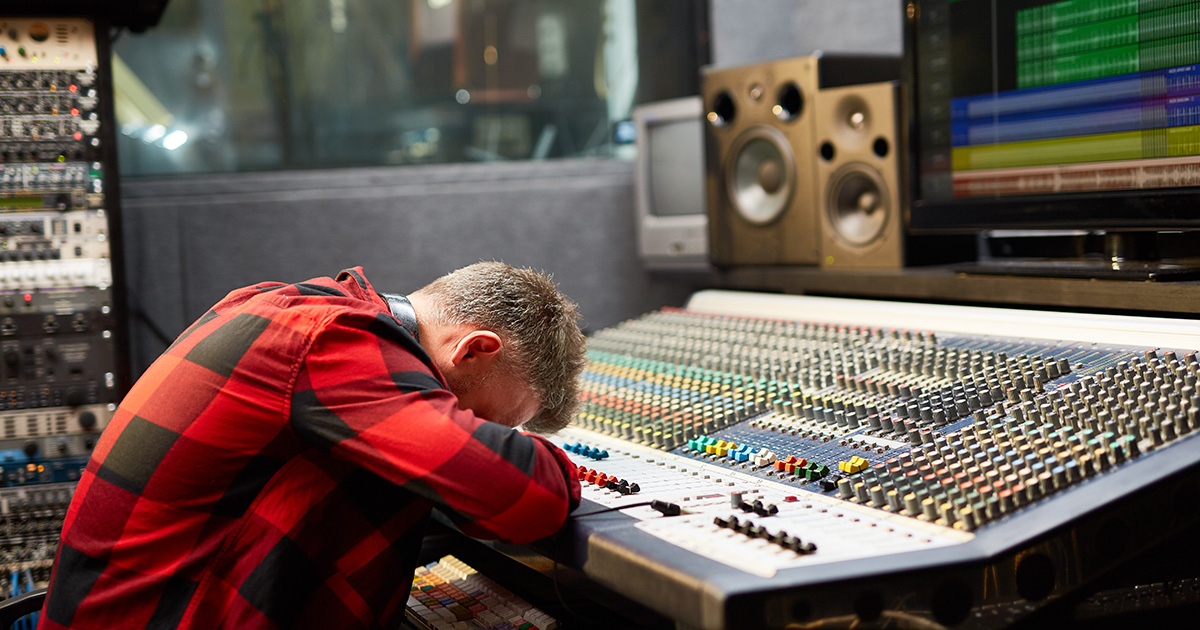 “I was so excited to finally make a living doing something I love that I thought I’d give back to my community,” the 41-year-old entrepreneur and head of Sickriff Recording explained. “I set my hourly rate relatively low so more bands could have access to studio time. I booked this band PUSSLIP to record their 18-song full-length record ‘Mucus Puke Us,’ and it took them 10 minutes to record the whole thing. Worst part is, it ended up costing me money after they blew out the speakers in my cabs, busted holes in the drum skins, and ate everything in the break room.”

PUSSLIP specifically sought out recording time at Sickriff knowing they could save money.

“Pat saved the fucking grind scene in Baltimore, bro,” said PUSSLIP guitarist Peter Denim. “Most bands out here could never afford to record at a regular studio. Everything is typically $50 to $75 an hour with a three hour minimum booking fee, plus mastering. That’s some fucking poser shit. We recorded six EP’s with Pat in one day, and it only cost us $30! We had enough money left over to split a bunch of MD 20/20 afterwards. I really hope he doesn’t sell out and start raising his price on us.”

Metal music economist Billy “Big-Bucks” Evans believes this is a common trend amongst audio engineers new to the profession.

“You see this happen all the time,” said Evans. “$25 an hour is a good, cheap rate for any band other than grindcore bands. When the average song is anywhere from five seconds to 45 seconds, it’s going to be nearly impossible to make a living. If you’re passionate about metal music and want to keep fair rates, you need to shift your focus on doom and stoner metal bands, where the average song length is between 15 minutes to a full hour — especially when the musicians are stoned out of their mind and need to constantly redo their parts. This is where the real money is.”

Filtrenzo is allegedly going to now use a stopwatch to charge grindcore bands down to the tenth of a second.