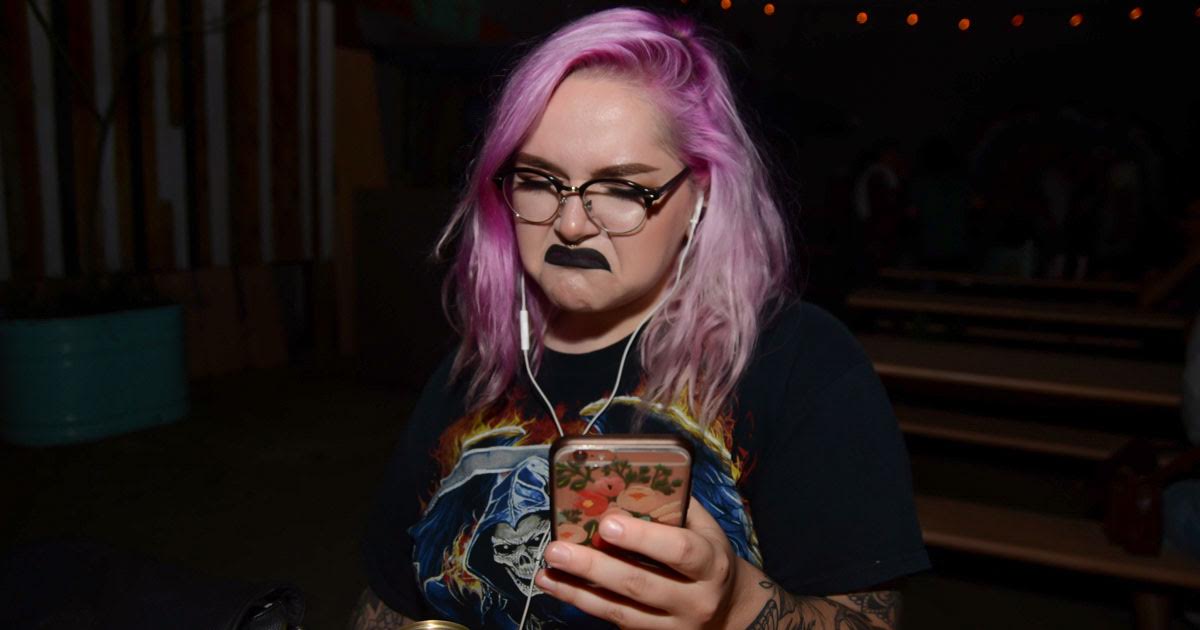 ASHEVILLE, N.C. — Local resident and Grateful Dead advocate Zack Hallman is under fire this week for sharing Dick’s Picks with several female acquaintances, according to multiple women who have come forward.

“We went on one date,” said Helen Howe, 23. “He brought up the Dead and just went off about the ’77 Hollywood Sportatorium show. I casually said, ‘I’ll have to check that out,’ to be polite. The next day, I opened my phone, and there it was: Dick’s Picks Volume 3. Popped up right in the middle of class for everyone to see. I know the girl sitting behind me saw it. I just felt so humiliated.”

Howe added the harassment continued over the next few days. “[Hallman] asked a bunch follow up questions. ‘What did you think?’ ‘Is it too much for you?’ He really wanted me to report back.”

One woman, who wished to remain anonymous, claimed Hallman exposed her to the Grateful Dead’s music in person.

“We went back to his place; had a beer on the couch. Out of nowhere, he whips out Hartford Civic Center ’83 and lectures me about the 7/4 time signature of ‘Estimated Prophet.’ I felt trapped and alone,” said the visibly shaken woman. “I will never forget that look on his face when he showed me. I hope no other woman ever has to sit through that.”

Women aren’t alone in speaking out about Hallman’s conduct.

“The worst thing you can say around Zack is, ‘I’m actually not that familiar with the Grateful Dead,’” said former co worker Bhemn Khanhsaz. “Before you know it, he’s showing up with a spindle of CD-Rs that you’d ‘better not lose.’”

Despite the grief it’s caused her, Howe has moved on from the traumatic experience with the help of a great support network.

“I learned that any guy who drives a vintage purple Volkswagen bus and wears a tie-dye tank top on a first date is a walking red flag,” said Howe. “He honestly expected me to listen to 138 minutes of that clangy swirl? And why do they have two drummers?”

When reached for comment, Hallman launched into his theories about the Mixolydian scale. He had not stopped talking as of press time.