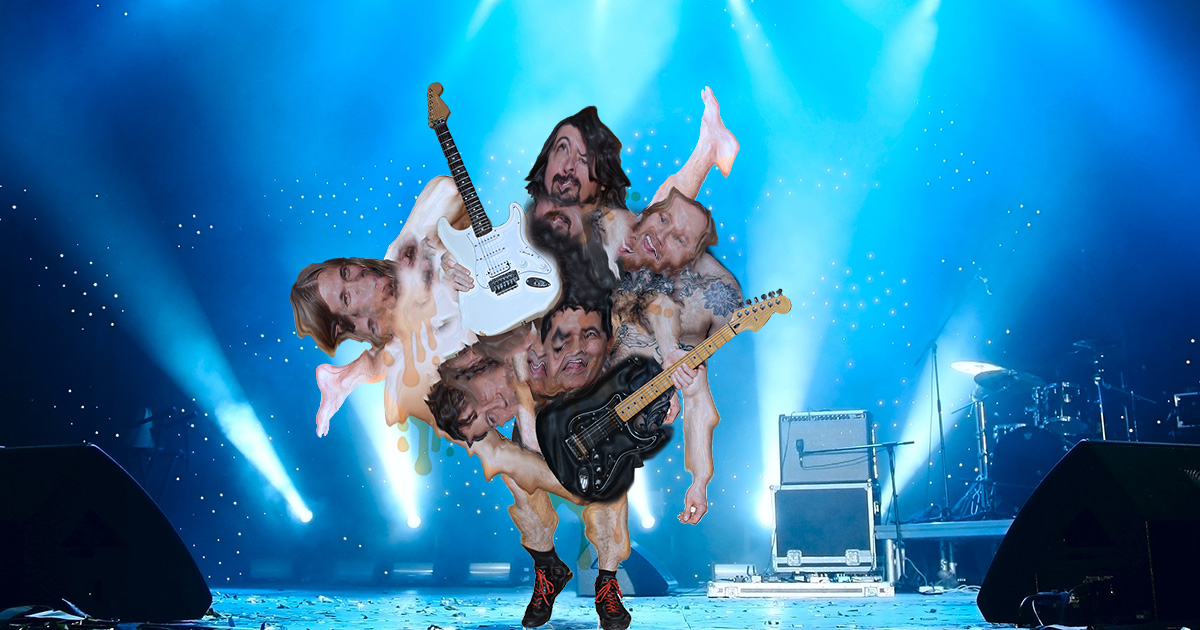 “I’ve loved the Foos for a while now,” said Alan Karpatzki, who had front row seats for the show. “And while they’ve had a number of lineup changes over the years, this was the first incarnation to ever vomit bile at the audience.”

The show was the debut performance of a new musical direction for the group, with all six band members combining their bodies into a hulking, sweaty chimera of skin and blood — reportedly, the brainchild of frontman Dave Grohl.

“Dave came up to me one morning, and asked if all his band members having their own bodies bothered me,” said Butch Vig, a regular collaborator of the band. “I told him it wasn’t something I had ever really thought about before, but apparently, it was something he thought about a lot. Next thing I knew, their cells were combining in a way that defies the rules of biology… and it came together in a killer show in Los Angeles.”

The show garnered acclaim from fans and critics alike, who praised the group’s new takes on some of their older material.

“It was definitely a bold, new direction,” said music critic Cara Burbank. “There were many notable moments, but the standout for me was when a long, sweaty tentacle shot out of what used to be drummer Taylor Hawkins’ face and impaled a fan through the chest during ‘Monkey Wrench.’ This could be the future of music.”

However, the highlight for many was a stripped-down version of the band’s popular song “Best of You,” in which a high-pitched scream emitted from a rectum-like orifice while a viscous, green fluid leaked out of the growth that was once lead-guitarist Chris Shiflett.

“Personally, I think it’s groundbreaking what they’re doing,” said Vig. “It is an affront to all things holy and good, but they have never sounded better.”