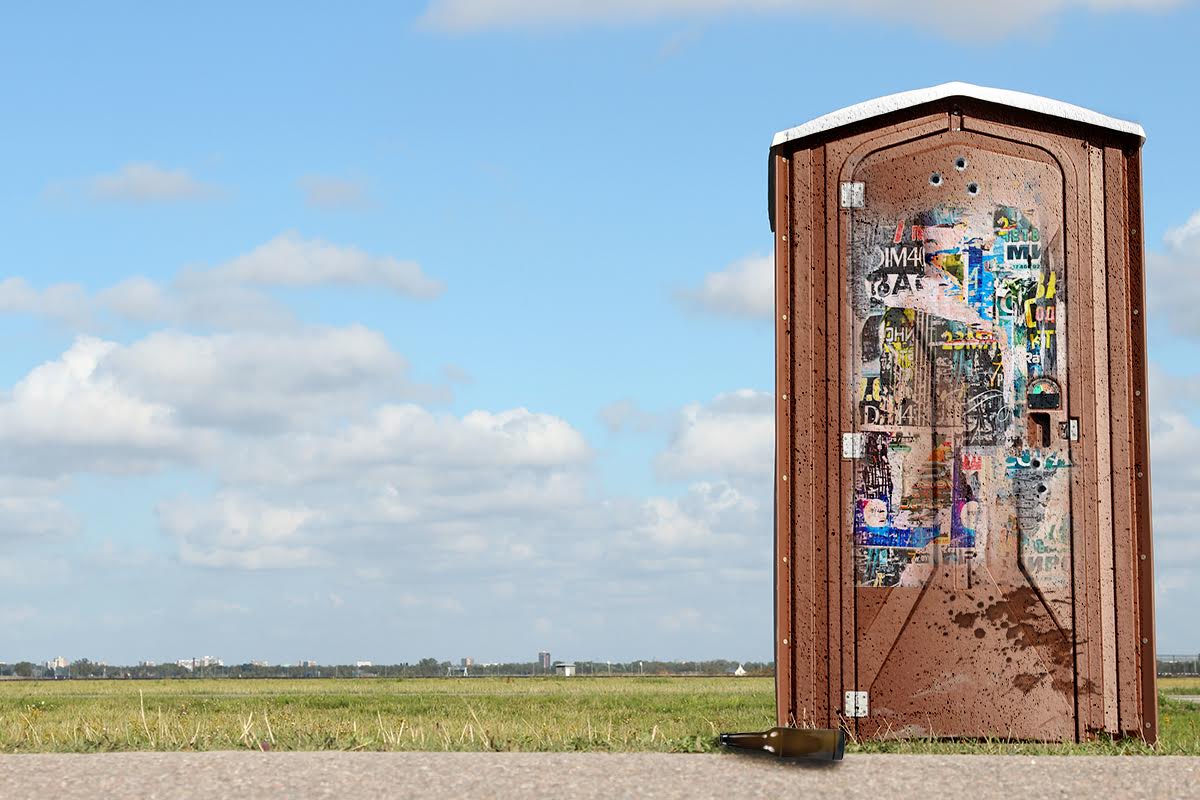 INDIO, CA – As summer 2016 rapidly approaches, sources reported that a weary and exhausted Port-O-Potty is terrified at having to face yet another season of outdoor music festivals.

The Port-O-Potty, constructed from plastic and fiberglass in 2004, has seen dozens of large-scale festivals over the years and feels it simply doesn’t have what it takes to withstand the punishment of another sweltering hot summer.

That all comes to an end with the annual barrage of outdoor concerts and the thousands of unruly digestive tracts that accompany them.

“One of the worst experiences was when I was just starting out,” shuddered the poop-ravaged vessel. “I worked Coachella in 2005. There was a huge surge in vomiting when Coldplay came on. It was an avalanche of chunder. Even two of the guys cleaning me out the next day puked.”

Naturally, different festivals bring their own unique challenges: “The country music ones can be rough. A lot of ribs and chili on the menu.”

“Vans Warped Tour is OK. Young people usually aren’t stressed out enough to have developed IBS. Plus, there are always a couple assholes that tip one of us over with some poor bastard inside, so that’s good for a laugh.”

The fetid water closet did express some optimism as it prepared to be machine-gunned with explosive diarrhea in 100-plus-degree weather for the next five months: “I’m looking forward to the Lollapalooza 25th Anniversary; that’s a part of history. I just wish it weren’t in Chicago. All that deep dish pizza….”

As of press time, the Port-O-Potty had been occupied for at least 20 minutes.