Drum Circle Ruined by Every Participant 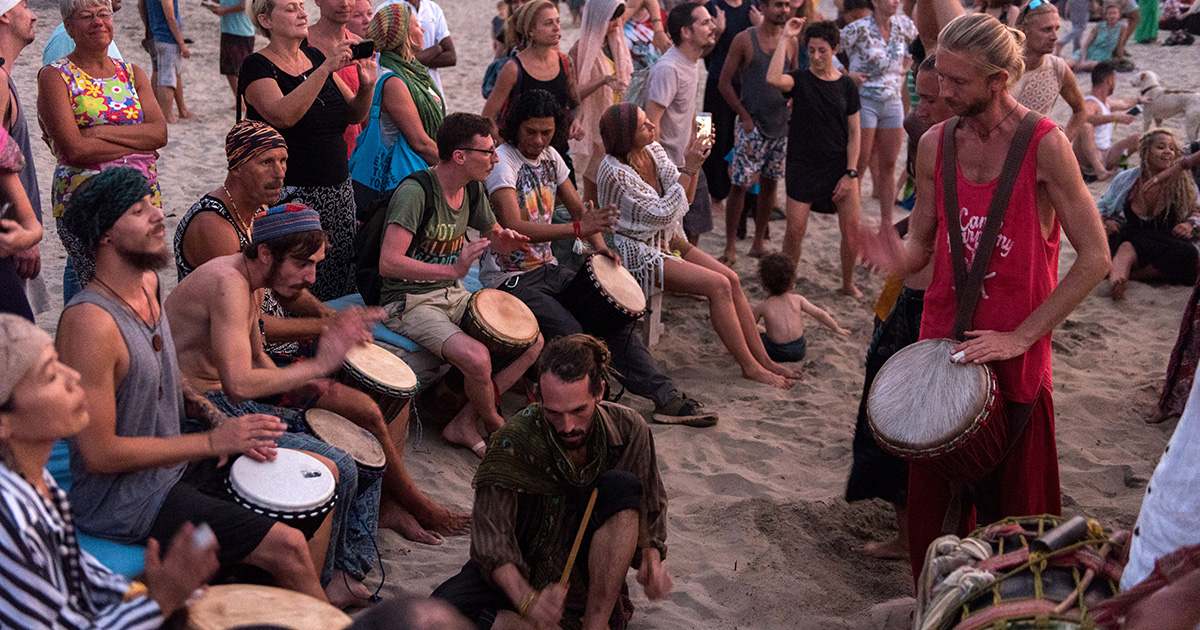 SAN FRANCISCO — A large drum circle in Golden Gate Park was ruined by each and every percussionist’s inability to keep a beat, understand rhythm, and maintain some shred of personal hygiene, multiple witnesses confirmed.

“I finally got to visit San Francisco and stroll around this beautiful park, and those people ruined my vacation. Hearing that crap was one of the most upsetting moments of my life, and I’m a trauma nurse at a children’s hospital,” said Silvia Chandler after sprinting three miles to escape the repetitive yet somehow unpredictable sounds of the circle. “I tried pleading with them to stop, but they ignored my cries. If anything, it only made them play faster and worse. There was a young woman in baggy pants dancing in the middle of the circle, and I’m afraid she might have a severe brain injury if she thought that ‘music’ was acceptable to dance to.”

Jonathan “Guava” St. Claire was one of the many participants in the drum circle and had a different view of the jam session.

“That was the most transcendent, spiritual, and cleansing jam I’ve had since yesterday evening’s jam. We were all just so dialed in; pulsing, throbbing, like a swarm of beautiful honeybees with bongos taped to their wings,” said St. Claire in a fog. “We live in such a divisive world right now, but it’s amazing to see that everyone, whether young or old, rich or poor, can have such a visceral response to the magic. I saw multiple people screaming with joy. One guy was so overcome with source energy he started throwing punches at someone grooving on a paint bucket. Powerful.”

The head of percussion studies at Oberlin College hopes to educate the public enough in order to eradicate drum circles by 2030.

“The percussive arts are given a bad name when you pull together dozens of people with fried brains banging on conga drums with no sense of timing, or understanding of what is going on around them,” said Professor Michael Rosenthal. “If these people showed up and just started blowing into a flute they’d look like lunatics to most people, but for some reason drum circles are accepted. I’ve been trying to get legislation passed in the Ohio Senate to end drum circles in public, but so far they’re more interested in restricting voting rights.”

A new study by a leading veterinary institute shows that dogs exposed to three or more drum circles a week are more likely to show outward signs of depression and attempt to jump off bridges whenever given the chance.