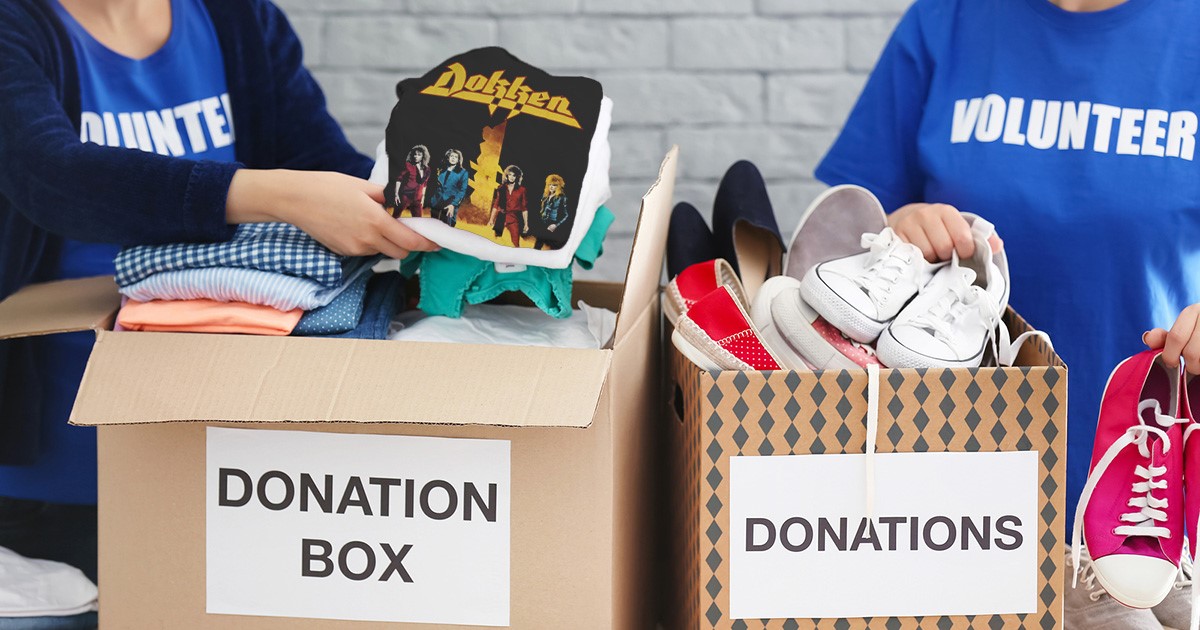 “This Dokken shirt is one of my most prized possessions. There have been a lot of rumors surrounding this donation, and I want to finally put the speculation to rest,” said Stevens at a press conference held at his home earlier this morning. “While I hate to see it go, I really wanted to do something special for my fans this month. It also doesn’t fit me anymore.”

Stevens’s bi-monthly donations have been a highlight for the customers and staff of the St. Paul Goodwill for the past seven years — donations which have received universal praise from fans and critics alike for their high quality and diverse smells.

“Last time, Ron’s box featured a broken Shake Weight and a copy of ‘Monk: Season 2’ on VHS — I didn’t think he could top such an incredible lineup. Boy, do I feel fucking stupid,” said Martha Goldstein, an employee at the Goodwill off of University Ave. “This shirt has a lot of possibilities: we could sell it as is, or cut it up into a bunch of rags. I don’t want to get ahead of myself, though.”

Along with the legendary T-shirt, this month’s donation box will also feature a Garfield-themed beach towel, five pairs of lightly stained cargo shorts, a paperback copy of “From Emeril’s Kitchen,” 34 Englebert Humperdink vinyl records, and a coffee mug that reads, “World’s Best Aunt.”

With Stevens’s mild celebrity status, many other residents are trying their hand at achieving Goodwill fame.

“One time, this guy tried to bring in all of these clean clothes and working electronics,” said Goldstein while knocking random items off the shelves. “They weren’t broken or moist to the touch, so we told him to bring that shit to the Salvation Army and never step foot in another Goodwill again. Clearly, he doesn’t know what we’re all about.”

While Stevens remained mostly silent on what the next round of donations would bring, he wasn’t afraid to drop a few subtle clues.