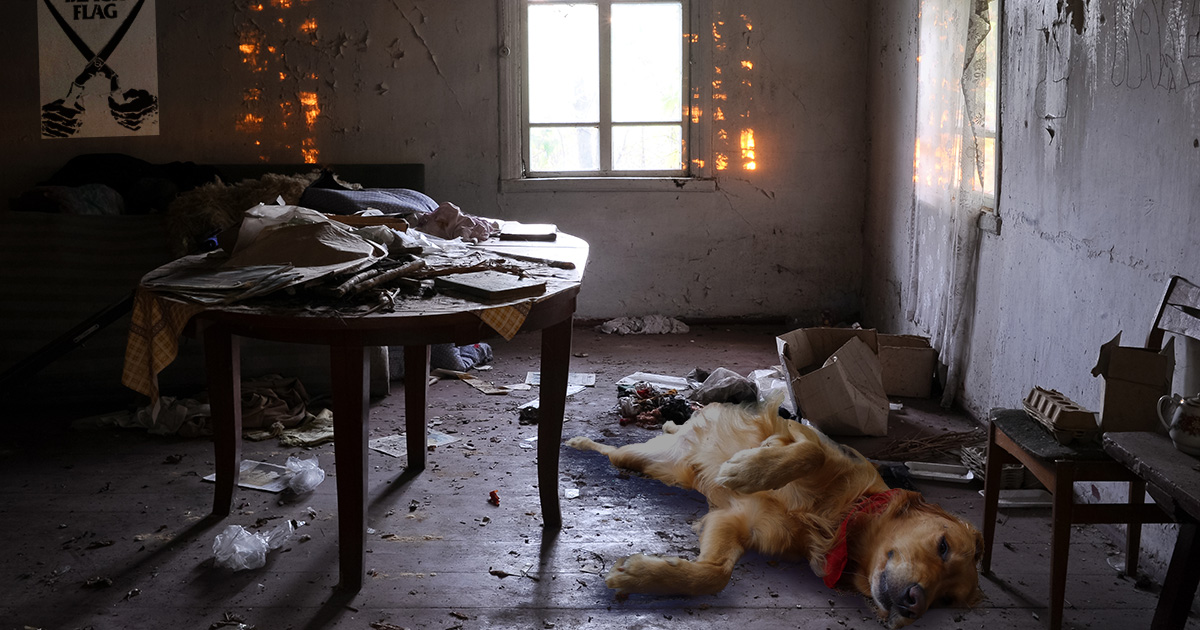 “At first we thought them getting a pet would make them take responsibility for themselves,” said neighborhood resident James Arnold. “But if anything, the dog picking up the slack made things worse. They just sit around playing ‘music’ while Sadie keeps that entire house from falling apart. I see her taking herself for walks all the time… and I’m pretty sure I’ve even caught her signing for deliveries.”

However, Sadie’s can-do attitude and penchant for walks occasionally causes friction with the punk ethos of her roommates.

“We adopted her a couple of years back,” explained punk house denizen Sarah Blake. “She used to be a drug-sniffing dog, so we thought she’d be out finding us some awesome stashes… but instead, all she does is make sure I don’t fall asleep with a lit cigarette a couple times a week.”

“If I’m being honest, she’s kind of boring,” agreed fellow housemate Peter Krabala. “She’s the only one in this house who doesn’t have fleas. And she won’t even shit in the yard, now matter how many times we show her how!”

For her part, Sadie, expecting a certain level of structure thanks to her previous life, has had to adjust to her new surroundings.

“A lot of them are selling some really trashy drugs. I used to work finding Colombia’s finest, and believe me — that baby laxative they sell ain’t it,” said Sadie, admitting she had loftier ambitions before arriving in the house. “And when I first moved in, I’d bark at every person coming through the door, thinking they’re an intruder… but then I realized that was just the type of person who lived here. All I wanted was my own Instagram account where my owners would post pictures of me wearing cute sweaters, but I guess I ended up with the wrong type of insufferable white girl.”

At press time, Sadie confirmed she was wondering about her odds if she just bit the bullet and went back to the kill shelter.