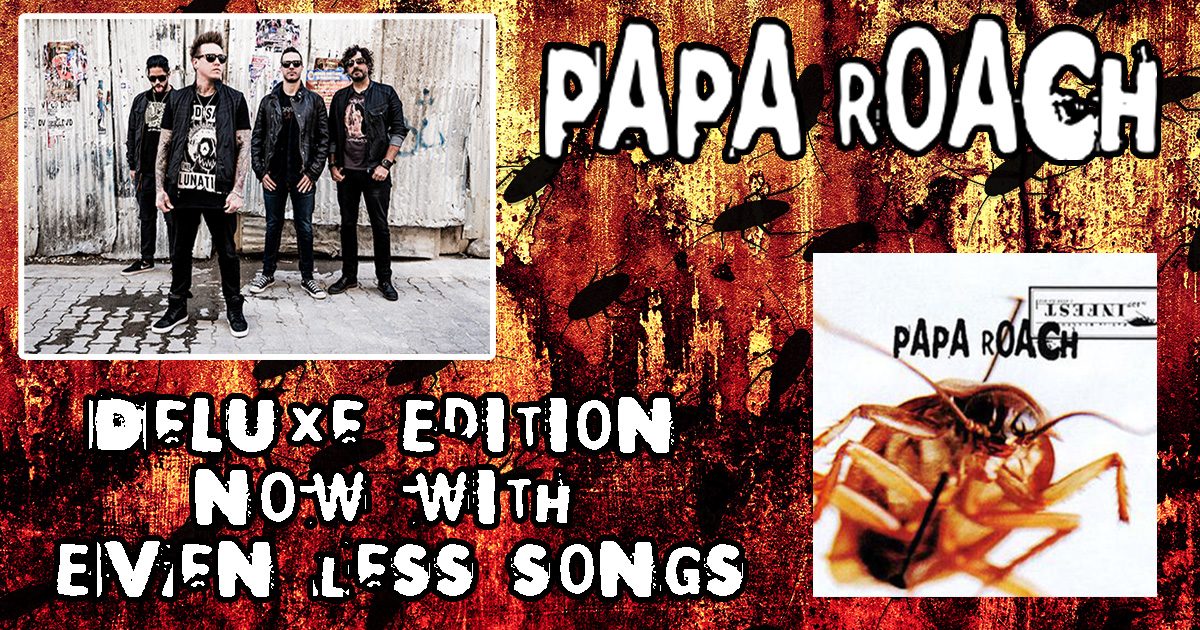 “We’ve done a lot of re-releases over the years,” said Lucian Grainge, Chairman and CEO of Universal Music Group. “And this is the first time I can recall that we had to trim some of the fat in order to pay tribute to the legacy of the record… which, let’s face it, is pretty much ‘Last Resort’ and not a whole hell of a lot else. Did you know there was an unlisted reggae song at the end? Don’t worry, though — it’s nowhere near this slimmed down version of this classic album. We wanted to just release this as a single and call it ‘The Ultimate Papa Roach Collectors Album,’ but our lawyers said we just can’t justify that.”

“Oh, man, that sounds great,” said Ty Perkins, who graduated high school 21 years ago. “That album was the soundtrack to the absolute best years of my life: me and the boys carving up parking lots in stolen rollerblades, piercing our eyebrows with safety pins, and stealing half-smoked cigarettes out of ashtrays outside the supermarket. Really takes me back. And now this new version will be even easier to listen to in its entirety without being found out by my friends and family!”

“It’s not that they cut a few songs and put ‘Last Resort’ again at the end. It’s more so the adding of songs that aren’t even ours,” he said. “‘Nookie,’ ‘Butterfly,’ ‘Let the Bodies Hit the Floor,’ these tracks were never on ‘Infest,’ and now I’m worried that we’re going to have to split the proceeds… or at the very least, that Seth from Crazy Town is going to get pissed and change his HBO Max password on me. I might be fucked here.”

Universal Music Group also announced a deluxe, 2-disc expanded version of “Infest,” which will come bundled with a copy of System of a Down’s “Toxicity.”