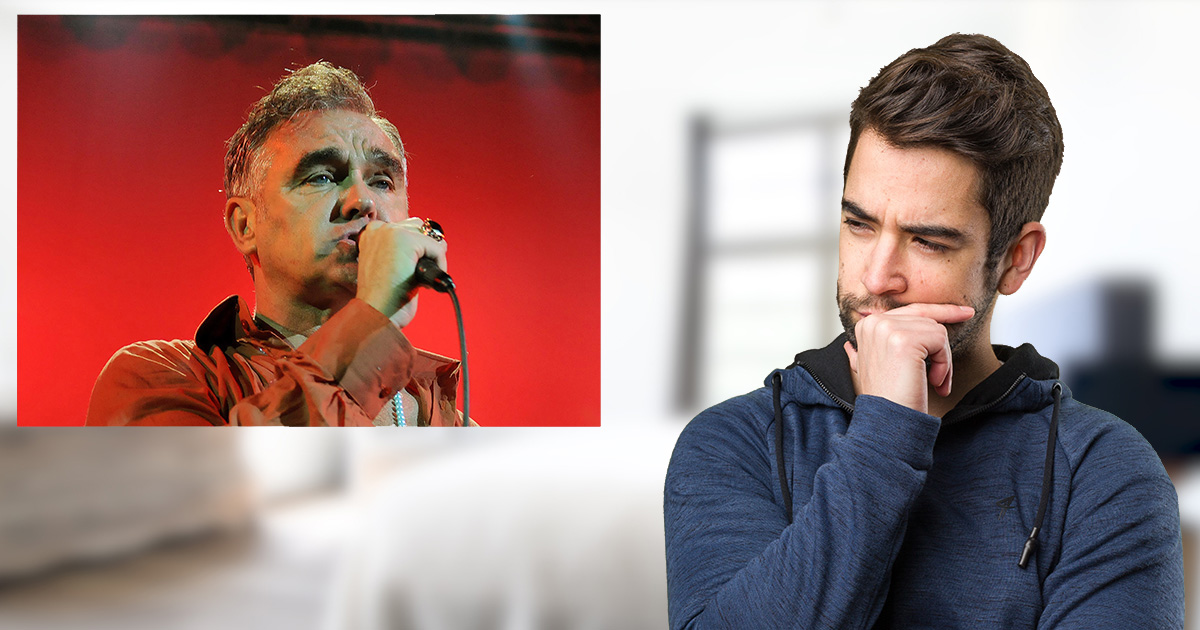 LOS ANGELES — The International Committee for Problematic Favorites announced today that die-hard defenders of Morrissey have won the 2019 gold medal in mental gymnastics, following a close finish and much deliberation.

“It was a very tight competition this year,” said head ICPF judge Rob Smedley, who cast the tie-breaking vote. “Morrissey devotees were up against a lot of fans who’ve managed to separate the art from the artist despite… well, the artist doing and saying some pretty terrible shit. Kanye West fans were the frontrunners until Morrissey sold out his Broadway residency even after his embracing of far-right politics. But his recent vague non-apology for wearing a ‘For Britain’ pin on the ‘Tonight Show’ was the icing on the cake.”

The committee pointed to Morrissey’s recent comments about race and immigration as the tipping point that awarded his fans the grand prize.

“Morrissey supporters are passionate enough to weather anything he says — they will make a quick Facebook post denouncing him, but still excitedly buy a ticket to see him live just minutes later,” said panel member Lorena Bosko. “I mean, less than two years ago, he victim-blamed Kevin Spacey’s accusers, criticized multiculturalism, and voiced his support of Brexit, all in the same interview… and his last album still charted!”

After the announcement, some Morrissey fans were ambivalent about the accolades bestowed upon them.

“Listen, I’ve been listening to the Smiths and Morrissey more than half my life. His music has gotten me some pretty rough periods, and I’m sure when he said a few years ago that ‘Chinese people are a subspecies’ for their treatment of animals, he was clearly being misquoted,” said lifelong fan Ken Skyler. “I mean, I’m like, 80 percent sure he was misquoted. If this committee is saying that supporting a cantankerous, race-baiting xenophobe is wrong, I don’t want to be right.”

At press time, the ICPF announced that the mental gymnastics silver medal was awarded to fans of Chris Brown for the third year in a row, while the fans of Jake Paul were disqualified for all being under 16 and therefore too young for consideration.