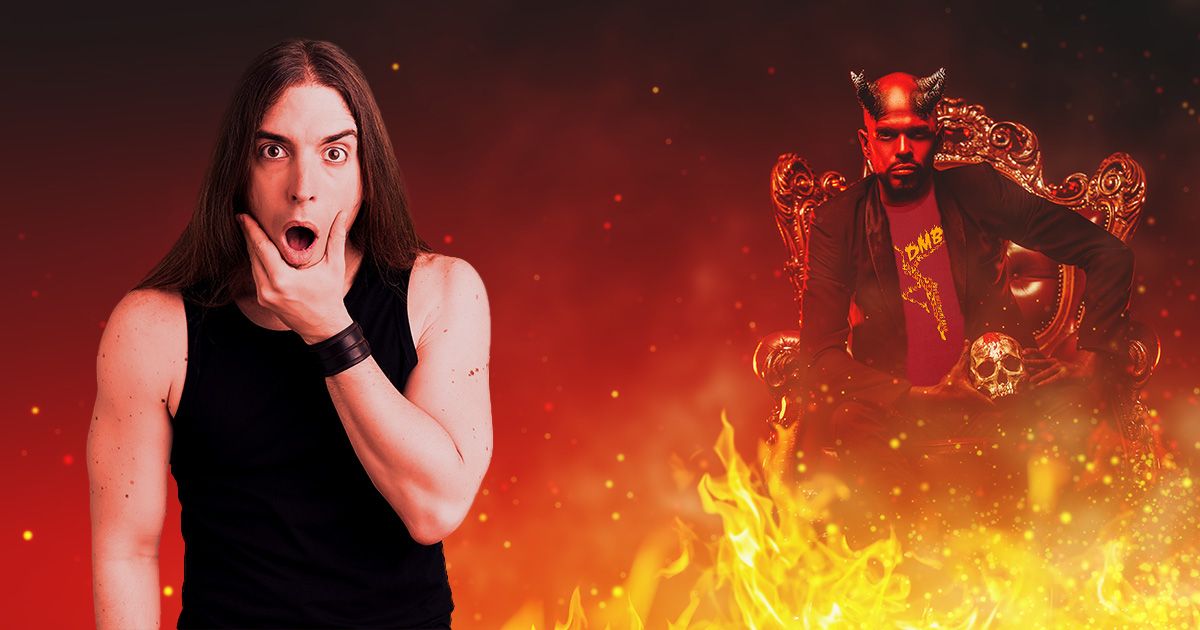 HELL — Local metalhead Duane Hovey came to a shocking discovery after a tragic gravity bong explosion that the dark lord himself prefers the sounds of more mellow, radio friendly rock.

“You know what they say: never meet your idols. When I realized I was dead, I thought, ‘well damn, this won’t be all that bad. I’m sure Satan will be totally metal.’ But boy was I wrong,” Hovey explained. “All those bands, the whole satanic panic movement… all for nothing! The Devil is a total wuss rock fan! When I first entered the halls of hell, I could hear that one ‘Crash Into Me’ song playing. I assumed it was some demon going over some other guy’s sins or something, but it turns out it was the dark lord himself. Man, King Diamond is going to be so disappointed when he finds out.”

One of Satan’s head demons, Argomon, weighed in on his infernal majesty’s music preference.

“Ever since I’ve been here, which is from about the mid 90’s, my lord and master has been constantly playing DMB night in and night out,” Argomon stated. “You know how difficult it is to maintain a strong torture regiment to Dave Mathews’ voice and weirdly high-up-on-his-body guitar strumming? It just doesn’t sit right for me. I mean, even if he left every once in a while on a grocery run or something we could blast some Nunslaughter or Venom or something, but he never goes anywhere, he just stays in and plays with his cats constantly like some freak.”

Satan took the time away from hammering nails into a poor soul’s soles to comment on the matter.

“You know, I like what I like. I guess it’s flattering that all those heavy metal guys put likenesses of me on their album covers and merchandise, but all that stuff is just noise to me,” the angel of darkness said. “I appreciate an artist with true talent, and those guys just don’t have it. I’ll take Boyd Tinsley’s violin playing over a heavy metal guitarist’s shredding anyday. The way I see it, it doesn’t take talent to scream all crazy anyway, just sayin.’”

Sources report that at the time this article was written, echoes of Matchbox Twenty could be heard throughout the dark kingdom.