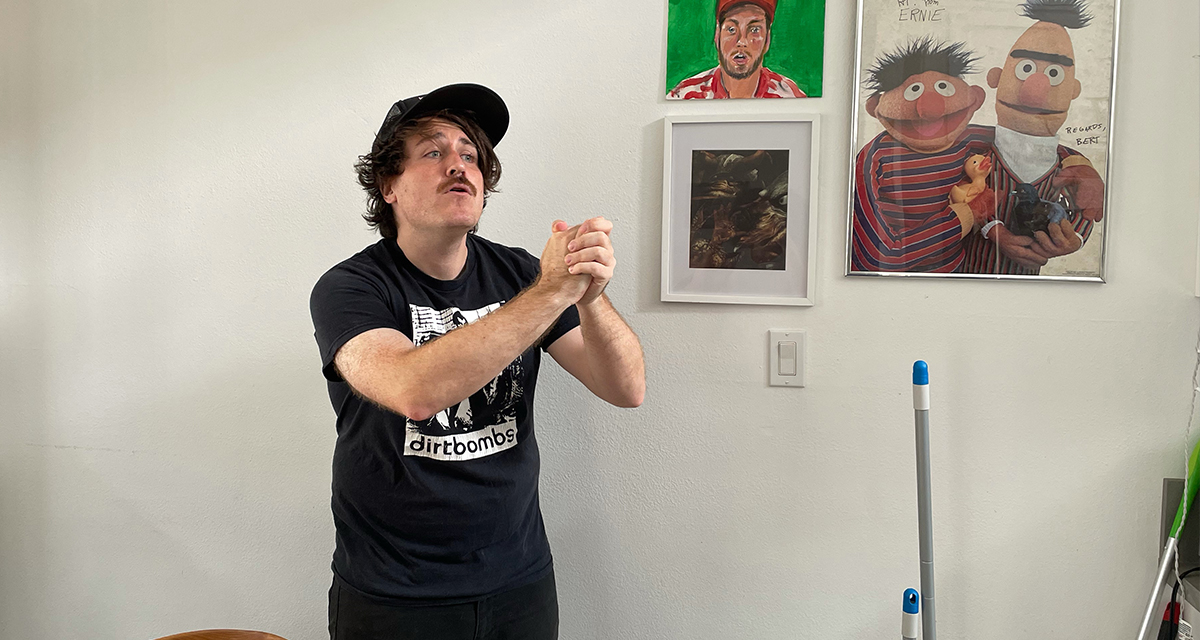 COVENTRY, R.I. — 43-year-old father of two Mike Lassiter begged his children for permission to go see his favorite pop punk band on their upcoming world tour with Tom DeLonge rejoining the band, confirmed sources who only know of the band because of “The Kardashians.”

“As soon as I saw Tom was rejoining the band I texted my daughters to ask if it was ok to go,” said Lassiter. “At first they were a little skeptical because Blink has some pretty explicit lyrics. They didn’t want me walking around the house singing about banging horses or whatever, but eventually they said it was ok as long as I agreed to let them have three parties at our house with no adult supervision. The choice was easy.”

Lassiter’s youngest daughter, 14-year-old Chloe, admitted she was annoyed by the request at first.

“I woke up when I heard him screaming ‘oh my god, oh my god’ then he rushed into my bedroom and started asking if he could go see Blink,” said the teenager. “I had no idea what he was even talking about, then he ran out of the room and came back in with a pile of CDs and said we need to listen to all of them right away. I don’t know who owns a CD player at this point, I just wanted to get back to bed. It’s nice to see him excited about something, but we need to have some ground rules. If he goes to the show he has to wear his hat straight, it can’t be pointed to the side. And we will have a ban on all oversized Dickies’ shorts, chunky Etnies, and anything with the word ‘Hurley’ on it. He needs to dress his age.”

A spokesperson for Ticketmaster says many adults across the country are having similar conversations with their children.

“You have to understand that nobody under the age of 24 cares about Blink-182. So we are seeing a lot of older millennials trying to navigate our ticketing process and leaning on their children for help,” said sales representative Tasha Ortiz. “This isn’t like the old days where you would go to a box office and grab your tickets, the new world is cut-throat and vicious. Having a teenager guide you through this process is going to make things a lot easier and hopefully prevent parents from punching holes in their walls when they realize tickets sold out less than one minute after they went on sale.”

At press time, Lassiter was begging his daughters to bring him to Claire’s so he could get his snake bite piercings re-done.