Cousin Ironically Listening to Album That Changed Your Life 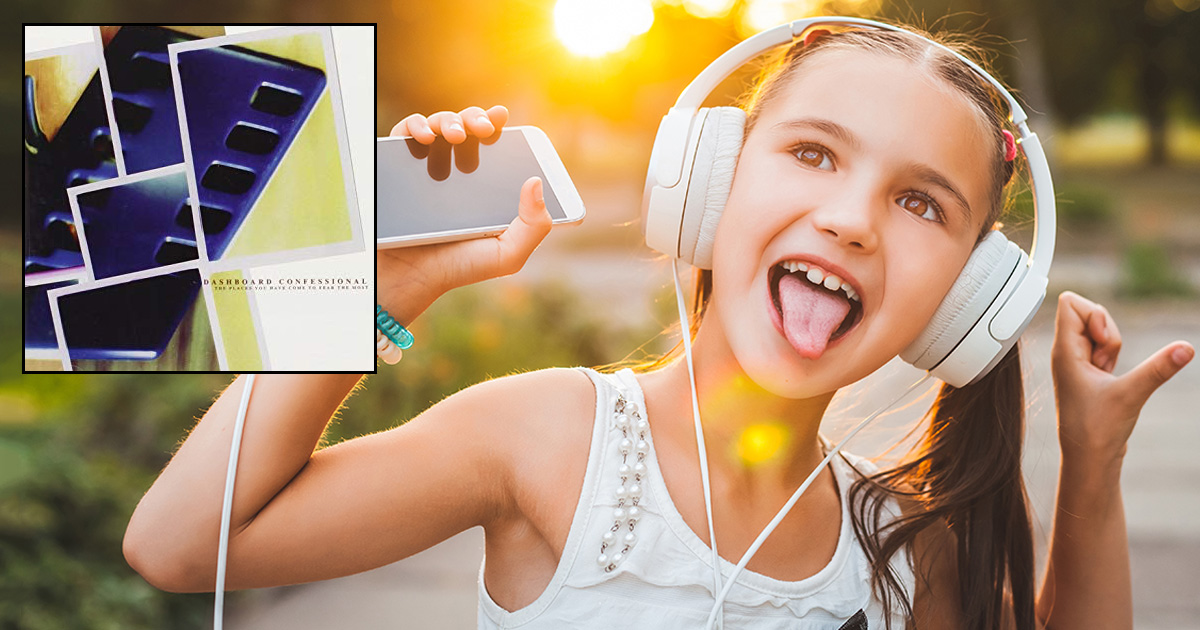 “I asked my cousin Christine [Nelson] what she was listening to while we were waiting for dinner, and when she told me it was Dashboard Confessional’s The Places You Have Come to Fear the Most, I couldn’t believe it — I loved that album when I was younger,” Simpson said. “But then that bitch called it ‘hilarious.’ What the fuck, man?”

The flippant critique by the tween left lasting distress for the 35-year-old punk and former emo kid.

“What the fuck is she even talking about?” an irate Simpson added. “Like she’s ever experienced anything as heavy as ‘Saints and Sailors’ in her dumb fucking life.”

“I don’t know, man. I didn’t drive 7 hours up here to get attacked by some little asshole born after 9/11,” Simpson continued. “I just wanted to touch base with my family and get baked at the Lilac Festival with my high school friends.”

When questioned, Nelson pointed to the histrionics of the album’s lyrical content and her older cousin’s personality.

“I just think it’s funny how dramatic teenagers used to be, especially when their lives were pretty good,” Nelson said. “This was, like, way before police brutality and leaked nudes. Archie was all-state soccer player in high school and I’ve definitely heard him call his dad his ‘best friend.’ Whatever. I guess it was just a simpler time back before the Internet.”

Meanwhile, several other members of the Simpson-Nelson clan also dismissed the album, including patriarch Glenn Simpson. “It’s not exactly a masterpiece,” he said. “It’s not like it’s Moving Pictures or something. Now that was an album.”

Nelson refused to name her own favorite album, however.

“Teens are just more advanced now,” she said, before tearing up while describing an Arthur meme that “really put things in perspective.”