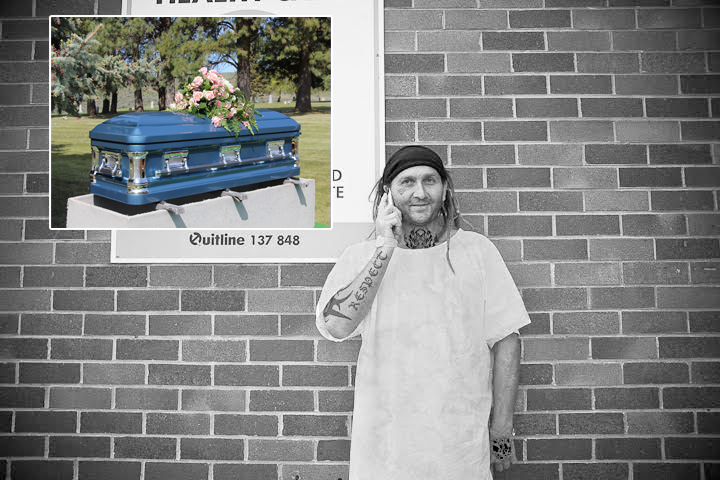 ALBANY, N.Y. — The booker of local DIY mainstay Mystery Train sent out a mass email following the death of his father last week, requiring anyone planning to attend the funeral “draw a crowd of at least ten,” according to the bereaved.

“I’m not playing around here,” read the email from Steve “Froggy” Fordham, whose father passed quietly in his sleep surrounded by loved ones. “You show up with eight or nine, you’re going home. I’m dead serious.”

“The funeral home is right off the light rail route, and with that Saturday afternoon time slot, there’s no way you’ll have to twist anyone’s arm that hard to persuade them to come,” Fordham told close family and friends. “In fact, if you honestly can’t draw a crowd to this, then maybe you should question why you’d feel the need to pay your respects at all.”

“It’s called ‘promotion,’ you guys,” he added. “It’s not that hard. And see me for drink tickets, by the way. You’ll get two-for-one PBR’s. I’ll have a cooler in the Men’s Room.”

While some balked at the demands, Fordham told possible attendees the funeral should have plenty of industry connections. “My sister Maria does HR for the Aetna office in Utica, and they still haven’t locked down any acts for their holiday party,” Fordham said. “Congratulations, I just gave you a golden opportunity with a nice fucking bow right on it. All you gotta do is take it.”

“He actually said that?” Maria Fordham asked. “I never told him we were looking for acts — nor would I. That’s insane. In fact, he and I just spoke for the first time in almost two years, and all he wanted to do was brag about how he felt Dad’s funeral was ‘gonna do big numbers,’ thanks to him. He’s still as delusional as ever.”

Fordham clarified that the seriousness of this event isn’t lost on him. “I’ll have a donation bucket set up right by the casket,” he said. “And after my cut is taken, the rest will be donated to the amazing folks at the Leukemia & Lymphoma Society, so good people like my Pop have a better shot at beating this terrible disease.”