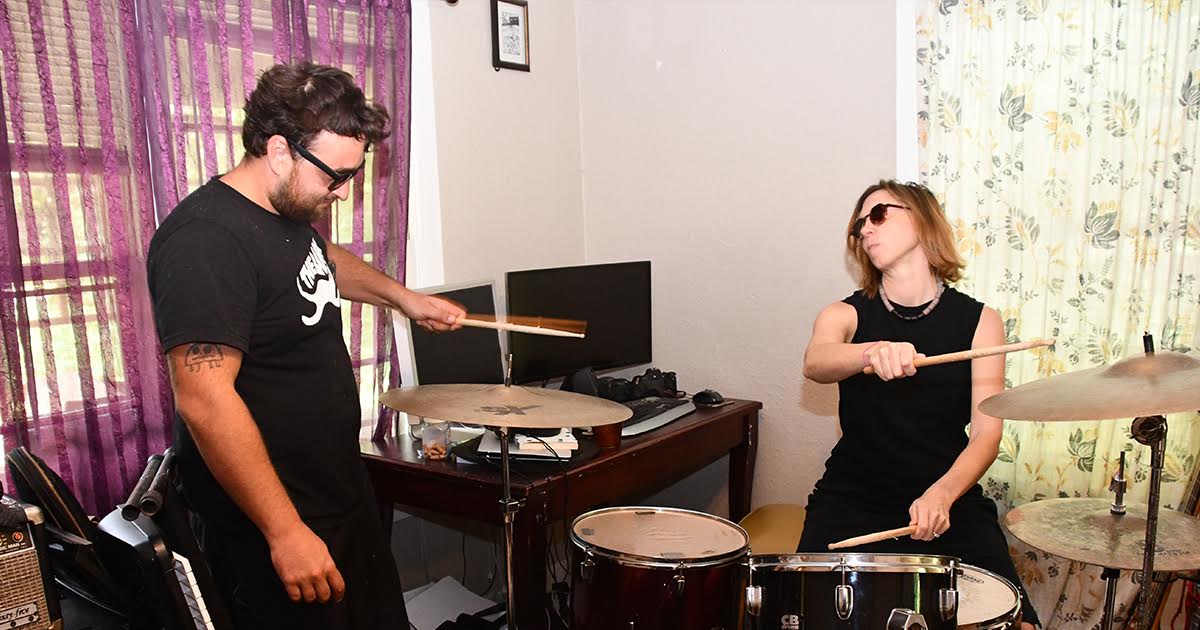 “Live performance can be a very hectic environment. It’s all hands on deck up there on that stage. We have to give our all every time we get up there because we never know when someone from the Arts and Culture section of an alt-weekly will be there reviewing the show,” said a no-nonsense Plemmons. “And with Minimus’ sound becoming more and more prog influenced by the day, I decided to take on a protege. With Shrimp on the ride, I can focus more on the rest of the kit, and bring a more cohesive sound to the band. It’s all about trust.”

Attendees of their recent shows are on board for the unorthodox process and are already noting Ronnie “Shrimp” Maltin’s eager grit and dedication.

“You can tell Shrimp wants this, he’s very respectful and always says ‘yes drummer’ whenever Sadie assigns a task. It’s the most serious I’ve seen him take anything,” said Suds ‘n Such sound guy Murph Laemmle. “It might look a little weird to have a guy standing off to the side of the drumset just banging away on that cymbal every once in a while, especially when he decides to wear that stupid chef’s hat. But he’s really in the zone up there. he anticipates Sadie’s needs and it’s like watching a fuckin’ ballet, man. That kid was born to be back-of-house-band.”

Musician labor advocate Rio Greenwald offered her tentative approval, but only after putting the group through a surprise inspection of their rehearsal space.

“Many sous-instrumentalists run the risk of being exploited, putting in the same hours as the head drummer, but at a fraction of the prestige and pay, some not even receiving the bare minimum green room beer cooler privileges,” said Greenwald. “I’ve seen countless mid-gig storm-outs from unequal treatment. Crocodilius Minimus is set to receive an A rating, though. Pending the removal of a mousetrap laid less than two feet from Mr. Maltin’s cymbal station, a clear violation of code that could cause him to be injured by the trap or bit by a rodent.”

At press time, the band’s guitarist was so satisfied with the new drum set-up that he’s inspired to bring on what he’s calling a “tone knob intern.”