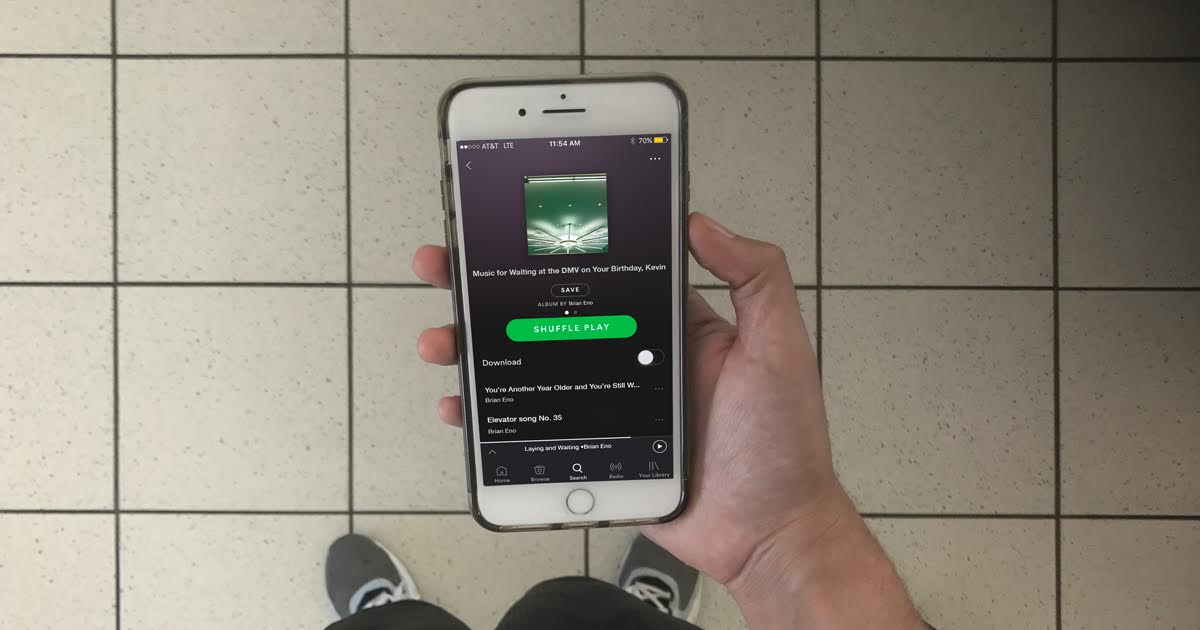 LOS ANGELES — Brian Eno released his latest album earlier this week, which Eno believes is the perfect soundscape for any man named Kevin waiting at the DMV on his birthday, according to the press release.

“I was at the DMV a few months ago, and a man in front of me grew incredibly irate,” recounted Eno. “The clerk informed him that he was in the wrong line for his particular bit of business and directed him to another. The man threw his arms in the air and shouted, ‘Well, happy birthday to me, right?!’ before shuffling off. I was overwhelmed by the notion that this occurrence should have a lush, ambient soundtrack.”

When asked how he knew the man’s name was Kevin, Eno replied, “Well, he looked like a Kevin.”

Much like his 1978 effort Ambient 1: Music For Airports, Music for Waiting at the DMV on Your Birthday, Kevin strives to relieve the tension and anxieties of real-life situations. However, some critics worry Eno is appealing to a demographic so small, it may be a misstep.

“Commercially, this work has no hope for success,” said Pitchfork writer Stephanie Chainch. “There are approximately 196,000 people named Kevin in the U.S. Eno has created an album relevant only to them, only once a year, provided they are unlucky enough to have to go to the DMV that day — bringing the potential audience to about 24 people. Not to mention, after listening to the album, I expect many of these Kevins will find it meandering and inaccessible.”

Even Kevins familiar with Eno’s extensive work are jeering his latest offering.

“Here Come the Warm Jets is one of my favorite albums, and the six-second Windows 95 startup song blew me away, but this… this is just a mess,” said longtime fan Kevin Stetfield. “It fails to live up to the high standard of ambient work he’s done before. If anything, it was more of a distraction.”

Stetfield later admitted he first listened to the new album yesterday, three months before his birthday, while in a dentist’s waiting room before having his wisdom teeth removed.