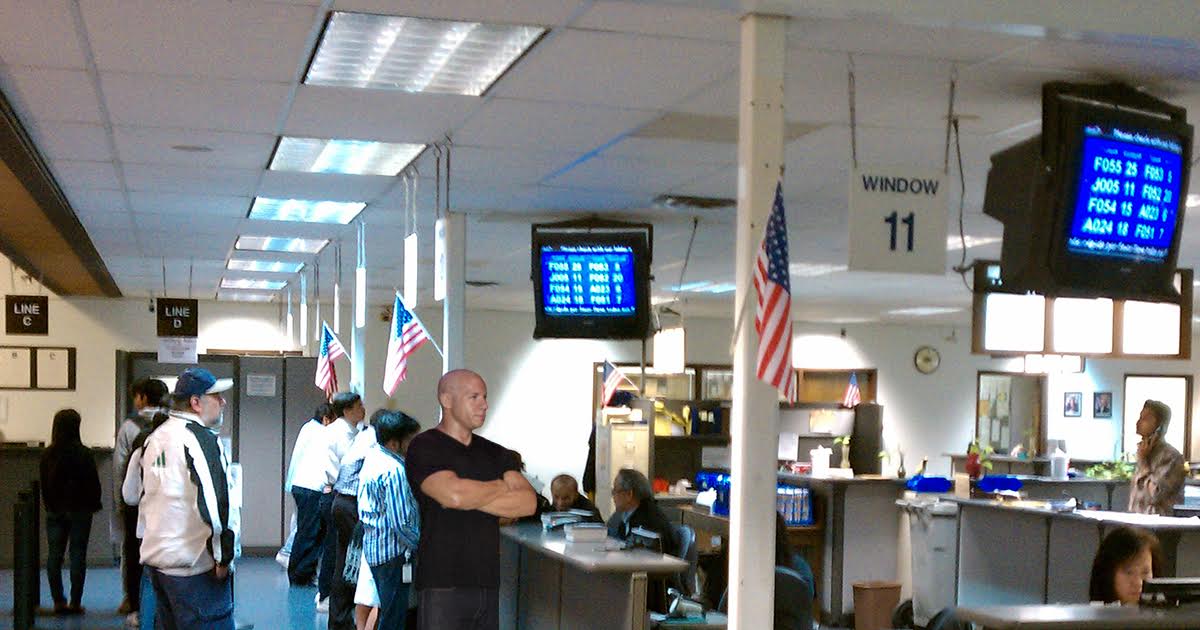 “I heard what sounded like four buff men using diamond-blade angle grinders just outside the building,” said neighborhood resident George Rastan. “I didn’t pay it any mind at first, but then part of the east wall of the building just fell right down, and out of the dust comes Mr. Diesel, cool as a cucumber. Sure, he could’ve used the doors like everyone else, but I think he and his entourage are just much more comfortable with wall-blasting.”

According to DMV worker Sandra Reyes, Mr. Diesel was there to register his recently acquired 2011 VW Race Touareg TDI — a one-of-a-kind, street-legal reproduction of the car that previously won the Dakar Rally, an off-road endurance race.

“When he walked up to the help desk, there were a few people ahead of him in line, but Mr. Diesel calmly paid two of them off with a couple crisp $100 bills. The last person refused payment, but was chloroformed by one of his goons,” said Ms. Reyes. “He himself was very cordial, though. When he flashed that smile and shot me a wink, my heart skipped a beat.”

Ms. Reyes noted Mr. Diesel appeared to be in great spirits, often cracking jokes with her.

“When I asked him to write his VIN number on the registration application, he just giggled uncontrollably, and wrote down ‘VIN IS #1,’ which was really funny,” said Ms. Reyes. “It was less funny after the third time, but I chalked it up to the long work days most celebrities have.”

Witnesses report that, after a long exchange, the DMV clerk walked with the star of The Pacifier to the parking lot to retrieve the VIN number.

“Outside, I saw two blacked-out Mustangs with metal cables coming out their backs. They revved their engines and pulled down our break room wall!” said an animated Ms. Reyes. “I heard Mr. Diesel yell, ‘Get the vault!’ right before they drove off with our refrigerator. It spilled our lunches all over the street, but we didn’t mind. It was just really nice to see a celebrity in here with us normal people.”

She later added, “Also, Mr. Diesel, if you’re reading this, we still need your car’s VIN.”