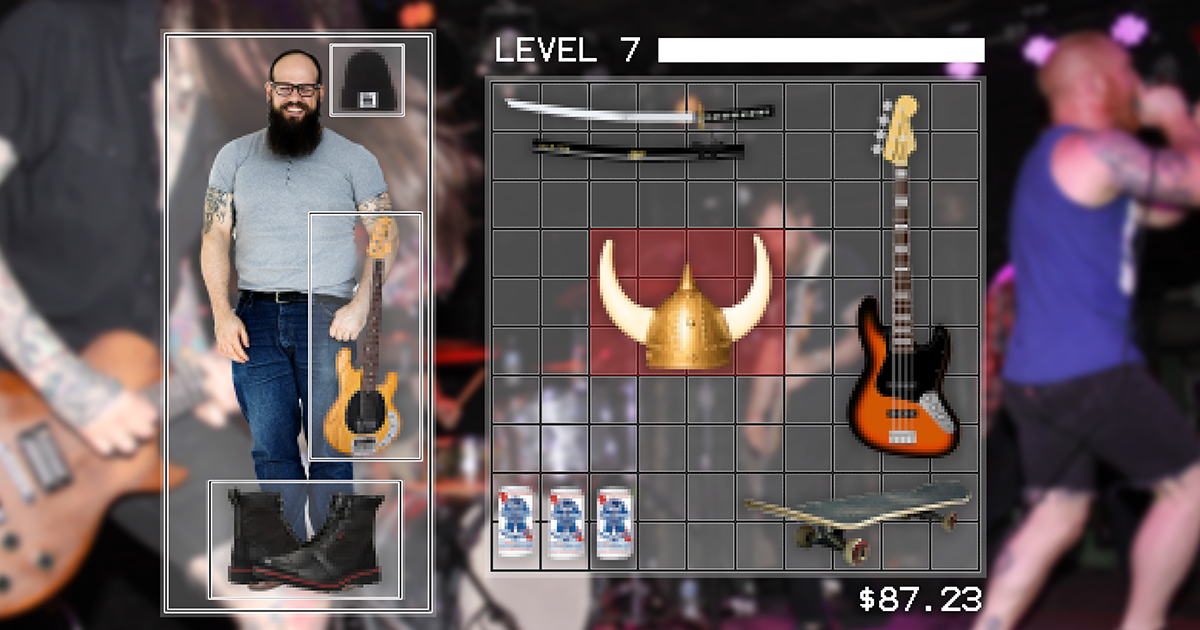 PHILADELPHIA — Local punk band Eleanor Rugby are now able to perform spin attacks and wear upgraded armor following a show in which they were paid solely in experience, according to sources close to the group.

“I thought it was bullshit they wouldn’t even give us a couple drink tickets. But check this out,” said bassist Britta Clark, demonstrating a whirlwind double-punch spin move with a band of fierce, orange light pulsing from her body. “It really comes in handy when a song calls for a sort of pyrotechnic flourish, or for stunning a common field troll.”

Promoters offering “experience” as payment is a fairly common practice to compensate new bands instead of actual money. What few bands fail to understand, however, is that this experience fills their personal XP meters, resulting in level-up points they could use to eventually upgrade their abilities and equipment.

“Obviously, the goal is to make enough money from our music to quit our jobs,” said drummer Pete Hare. “It’s a bummer to not get paid in money. But, I have to admit, this Class Four armor upgrade we got from the experience looks metal as fuck! Plus, I have a 20 percent better chance of deflecting critical attacks from Lord Gandor, the thrashcore band that always throws shit at people.”

Not all of the band’s members are equally happy.

“Britta and Pete think they’re so cool with their upgrades,” complained guitarist Steve Hainley. “All I got was this lame-ass double jump. I jump, and then at the apex of the jump, I jump again. But, like, four inches. I’ll take gas money over this shit any day, man.”

However, the majority of Eleanor Rugby believe Hainley’s criticisms are based on his ignorance of the experience points he’s earned.

“Steve’s just pissy because he doesn’t know how to use the equip menu,” admitted frontman Jerry Hill. “I got double jump, too, but you can switch it out for other shit. I can turn invisible now! But just for five seconds, and it doesn’t work against magic users. You can upgrade it, but that costs money, which we don’t have yet. I also found an ‘exposure meter,’ but that doesn’t seem to do shit.”