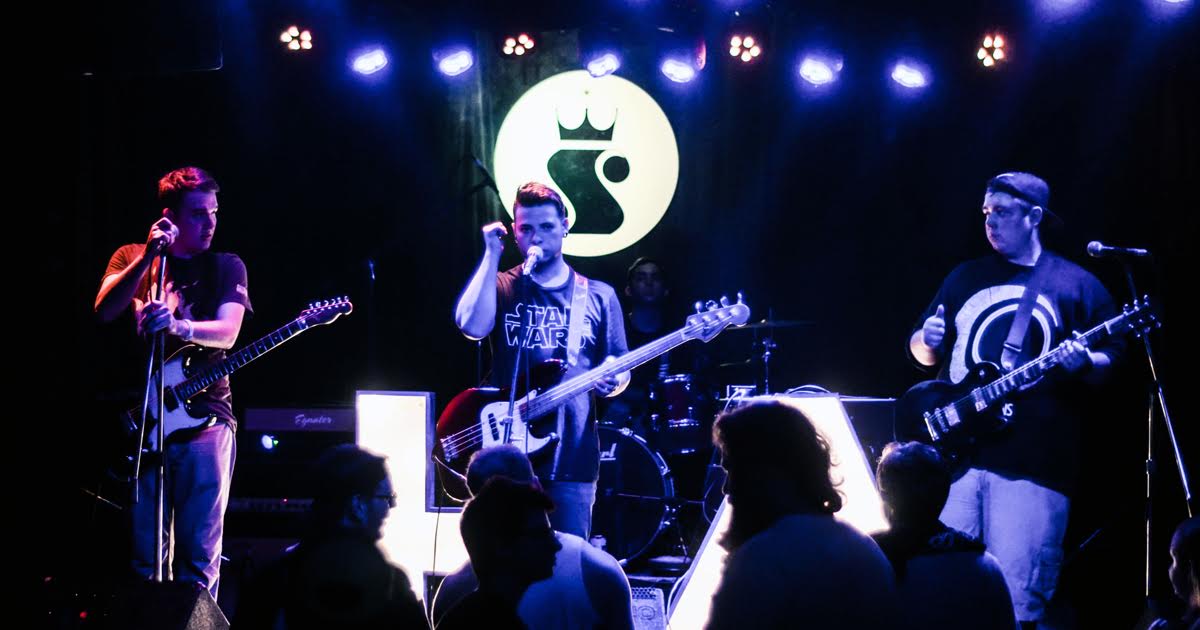 AKRON, Ohio — Local band The Heave-Hos took a major risk last night during their set at Grampa’s Bar & Grill, telling the energetic crowd that while they “had a lot of fun tonight,” they also “wanted to get serious for a second,” witnesses confirmed.

The announcement came 15 minutes into their set.

“I couldn’t believe it,” concertgoer Grace King said. “We were having a fucking blast, and they apparently had something so urgent, so pressing, so necessary that they were willing to cease all enjoyment for a few moments to tell us about it. We were all on pins and needles — you could cut the tension in the room with a knife.”

While the crowd seemed to support the change in the moment, no one could quite remember what Greg Taylor, frontman of The Heave-Hos, had spoken about: a few claimed that Taylor spoke of dead friends; others recalled a speech about a struggle with drugs.

“I think he talked about Trump or something political. To be honest, I just used the minute to catch my breath from all the fun I was having,” said one audience member, who asked to remain anonymous. “But maybe he actually talked about hurricane relief, or something? Nobody else really talked about it. We just wanted to get back to the good times.”

Taylor, known for his jovial, boisterous personality, allegedly confused the entire crowd by abruptly addressing the audience for even a short period of time.

“Tonight, in particular, was really enjoyable,” Taylor said after the show. “I felt out the vibe, and I knew that if I got somber and contemplative, the crowd would go with it. We already gave everyone a good time and — not to sound like a jerk — by that point, they kind of owed us. It would’ve been really selfish of them to not allow this flash of reflection.”

Taylor reportedly then thanked the crowd for coming out, suggesting that they stick around for the headliner before continuing with their loud, boisterous set.